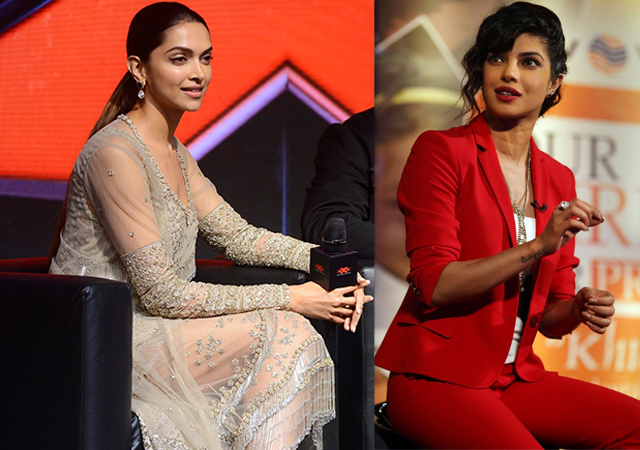 Deepika Padukone speaks up on her comparison with Priyanka Chopra!

Deepika Padukone and Priyanka Chopra are both making their Hollywood debut this year. Deepika’s movie The Return Of Xander Cage has already released and received lukewarm response from audience in India. And Priyanka’s Hollywood debut, Baywatch will hit the theatres this summer. That and probably Bajirao Mastani are the only commonalities between the two Bollywood divas.

The two are constantly compared. Be it their appearances on television shows or red carpet events,. Even right from their lip colour to hairstyles to dresses, everything is put under radar. And this is done to scan and pit them against each other.

On being quizzed about this by a popular daily, she said, “It’s not fair to make comparisons. Let me just say everyone has a different path and journey.”

Priyanka Chopra has walked the red carpets of most of the leading awards. To name a few are Oscars, Golden Globes, Emmy and much more. She even won the People’s Choice Awards two time in a row for her TV series, Quantico. And Deepika was spotted at the Instyle Golden Globes Party. The two are promoting their respective movies and it’s just that.

The two have shared screen space in Sanjay Leela Bhansali’s Bajirao Mastani. That’s where the reports of ego clash between the two surfaced.

The best part is that the two glamorous B-Town actresses have always appreciated the other’s work and spoken only well.

What do you think?