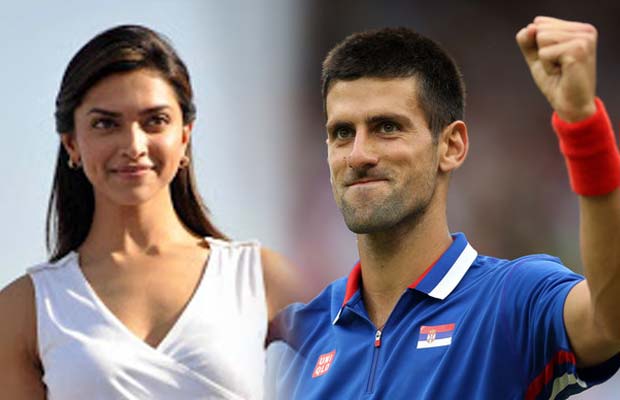 The Bajirao Mastani actress continuous to stay in limelight and has become talk of the town after she was spotted on a dinner date with Tennis star Novak Djokovic in LA. Novak and Deepika were spotted exiting from The Nice Guy restaurant and later the two were also spotted leaving in the same car.

Daily Mail wrote, “The world number one tennis player appeared to have had a great night as he was pictured exiting the bar – popular among LA’s A-lister set – in the dark hours of the evening with a female companion. While he kept it casual, she appeared to have made more of an effort in sartorial terms, favouring a timeless monochrome colour theme. The leggy brunette slipped her towering figure into a flirty frock which was decorated with a statement floral print and skimmed her knees.”

Well, it’s not surprising as the actress creates stir wherever she goes but Daily Mail failed to note that his ‘female companion’ was Deepika Padukone. Before moving on to some assumptions, we are sure the duo were just hanging out together.

Earlier, Deepika Padukone and Aamir Khan played an exhibition match during the International Premier Tennis League in Delhi in 2014.Deepika had also teamed up with Roger Federer against Novak Djokovic and Sania Mirza. In fact, the gorgeous lady had also hosted a dinner bash for Novak and his wife while they were in India.[/tps_footer]