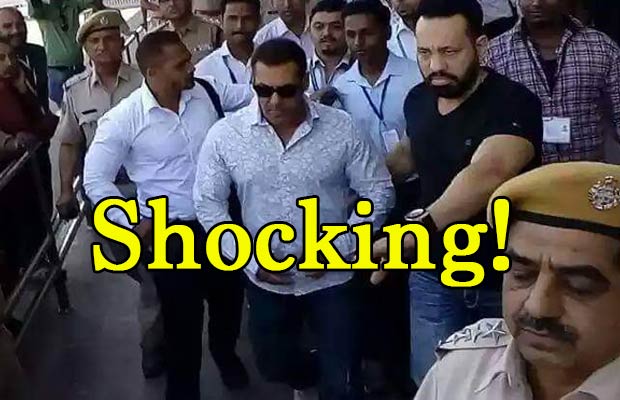 [tps_footer]Earlier, it was reported that Salman Khan has left Mumbai early in the morning today, and is expected to reach Jodhpur by 9.15 am. And now it’s said that Salman Khan has taken a big U-turn on his statement given to the officials earlier. He is now consistently trying his best to prove himself innocent and not guilty of the charges pressed on him. Salman stated that under the pressure of the police officers, he accepted that he owned the unlicensed guns. Now, he will have to come before court once again on 4th April.

The Arms Act case against the actor is an off shoot of the blackbuck poaching incident which took place in October 1998 near Jodhpur, while he was shooting for Sooraj Barjatya‘s Hum Saath Saath Hain. Salman had been accused of poaching three chinkaras and a blackbuck near Kankani village. After this incident, the forest department had registered a case under the Arms Act against Khan on 15 October 1998, stating that the licences of the guns, he used for allegedly hunting the animals. It was also reported by a leading daily that, Salman Khan has argued that he had applied for the licences to be renewed.

This Arms Act was passed by the Indian parliament in 1959 to curb the use of illegal weapons in the country. And this made the case against Salman Khan even more severe and critical. And now his u turn is spicing up the case even more. Now, he will have to prove his new statement or else the case will get complicated even more. He was spared from the Hit and Run case but till today no one knows who was driving the car that night ?? And now this news of denying his own statements. If Salman Khan gets caught up in this case then he will have to be in jail for five six years.

We hope things get sorted and justice prevails !![/tps_footer]