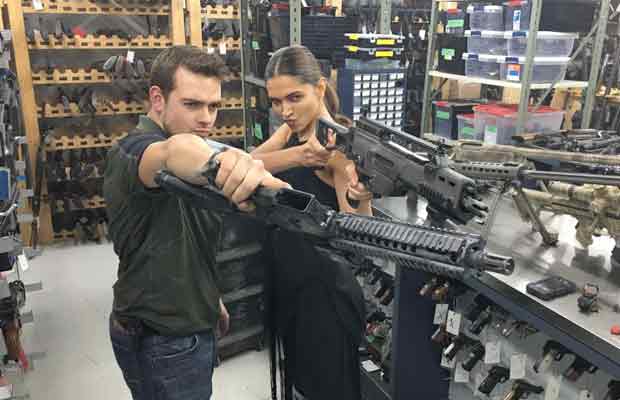 [tps_footer]Deepika Padukone who has been in constant touch with her fans through her social media has one more news to share!

The actress has been infact training with real life military personnel named Mike extensively for same. The training session has been going on for about 4 to 6 weeks, for a few hours and Deepika loves every bit of it. She will be seen sporting a real gun in the film and this is surely going to be a treat for her fans and audiences!

The last we had seen Deepika with a gun was in Ram Leela, however this time we would be witnessing the actor in a completely distinct character.

Here is an image of Deepika training with Mike.