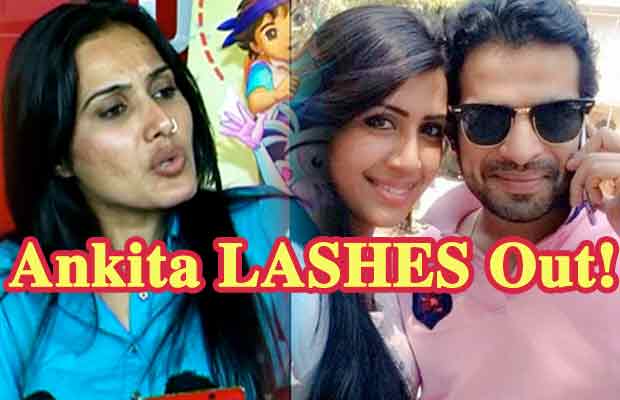 [tps_footer]Recently we spotted television actor Kamya Punjabi getting too close and hugging her ex-flame Karan Patel when they attended Frooti BCL 2016 match which was between Karan Patel’s ‘Chandigarh Cubs’ and Kamya Punjabi’s ‘Jaipur Raj Joshiley.’ More than the match Kamya and Karan‘s chemistry grabbed all the attention and it was expected from Kamya and Karan to say a few words for each other. Karan behaved friendly and he was full of good energy around Kamya and this television lady Dabangg Kamya Punjabi went on record to say that she still loves Karan Patel a lot. Expectedly, these sweet thoughts of Kamya didn’t go well with Karan‘s wife Ankita Bhargava.

Last year Yeh Hain Mohabbatein star Karan Patel tied the knot with another television actress Ankita Bhargava and he dumped his alleged girlfriend Kamya Punjabi because Karan‘s parents didn’t like Kamya. But, Kamya still has a lot of love for Karan and she said nothing will change her love for Karan Patel ever. This sounds sweet but not when your ex is already married to someone else and finally Karan‘s wife Ankita Bhargava lashed out on her Kamya and asked her to use her energy for something good and not throw all that crap on them.

Oops! Kamya surely made a blunder this time. Yes, it’s important to speak your heart and mind out but not this way. Kamya needs to filter her thoughts about Karan as he is a married man now and should respect it and just move on instead of trying to create troubles in Karan-Ankita‘s marriage.[/tps_footer]