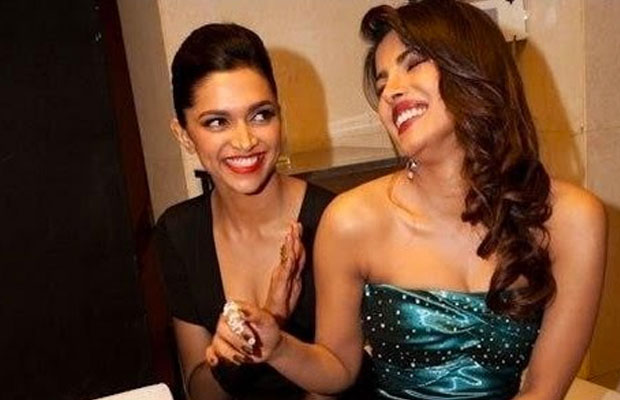 A lot had been spoken about equation between Deepika Padukone and Priyanka Chopra. There were rumours that these duos that were once BFFs of Bollywood share a bitter equation due to their Hollywood entries. Well, both the actress called the rumours fake and told the media that they are still friends.

It was apparently said that Deepika is looking out for more projects in Hollywood, as she had nothing after her first global film, xXx: The Return of Xander Cage. On the other hand, Priyanka fled back to U.S.A to shoot for the second season of her American T.V. show, Quantico. In the meantime, Deepika signed another film Padmavati with director Sanjay Leela Bhansali. It is now reported that the Piku actress has charged 15 crores for the film. Thus, Deepika became one of the highest paid actresses in Bollywood. She beat Alia Bhatt and Katrina Kaif in the race. Well, if you see, Priyanka is nowhere in the race. So, is this a warning bell for Priyanka as her contemporary Deepika is flying with high colours in Bollywood, whereas she has no project here at all? Well, how will Priyanka react to this?
As far as Deepika is concerned, it is a good decision by her that she chose a Bollywood film rather than hunting out for English films. Padmavati is her first film of 2016 and her beau Ranveer Singh is also a part of it. It will be a treat for her fans, as they’ll get to see Deepika in a Bollywood film after a gap of one year, as she had no release in 2015.