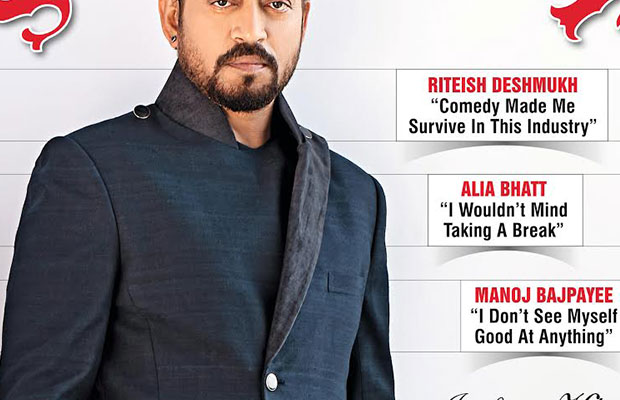 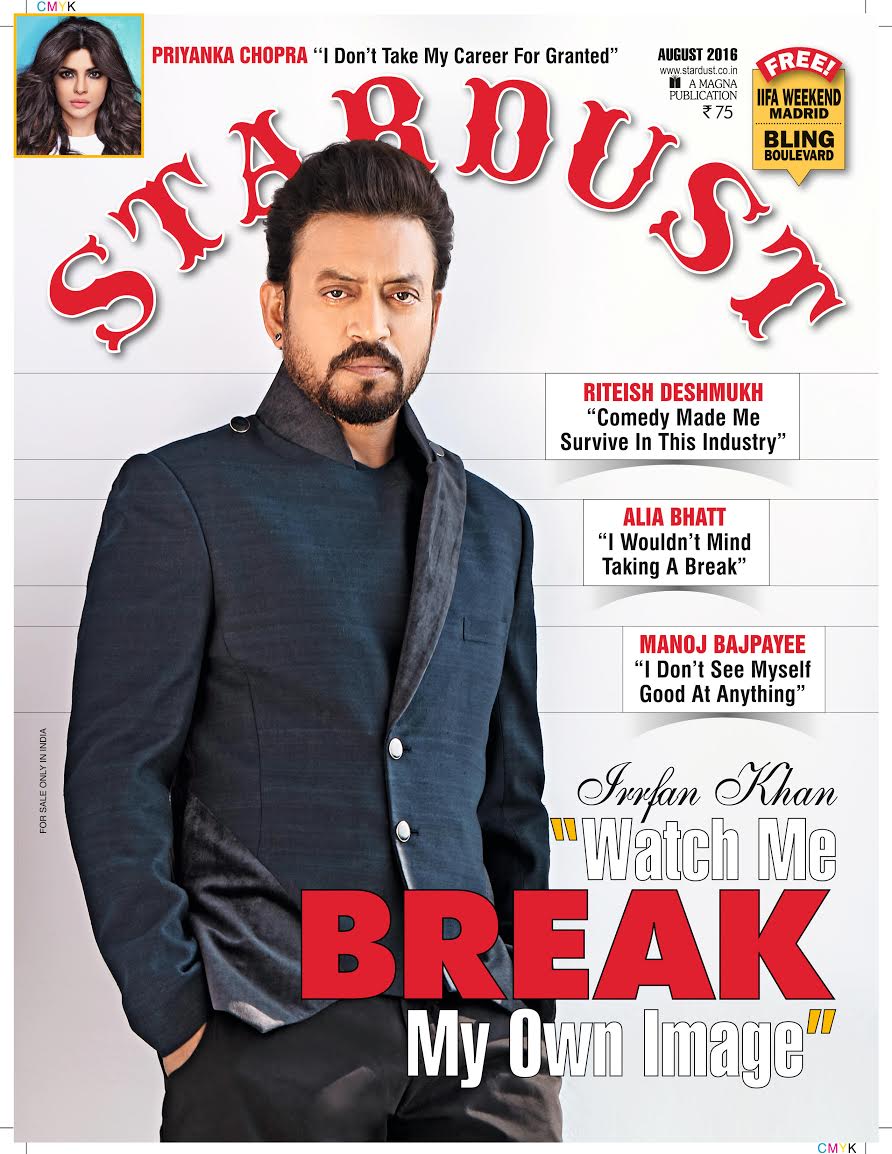 Irrfan Khan has garnered the Indian cinema with his amazing performance in every film he does. He leaves no stone unturned to give his best in all the film he acts. From the film Life in a Metro to Piku Irrfan has always given the Bollywood industry blockbuster films. After receiving appreciation from the audiences for the film Madaari, Irrfan has earned the success. And after such a great victory he is now on the cover page of the August issue of Stardust magazine with an electrifying look.

Dressed in best, Irrfan Khan looks dapper in this navy blue suit. Irrfan is always spotted in casuals whether he is travelling or attending any event. But as we can see Stardust has captured a new avatar of Irrfan Khan. And we love it. The cover page also has a caption for the actor to tell us what’s inside the Magazine which read “Watch break my own image”. Wonder what Irrfan must have revealed in this by stating to break his own image.
Other than Irrfan Khan, Stardust cover page also has stories about other celebrities. Like Priyanka was quoted saying that- She doesn’t take her career for granted. Ritesh Deshmukh admitting that Comedy films made him survive in the film industry. Alia Bhatt shares that she wouldn’t mind taking a break. And the last, Manoj Bajpayee saying that he doesn’t see himself good at anything.

On the work front, Irrfan Khan will next be seen in the film Hindi Medium with Saba Qamar.