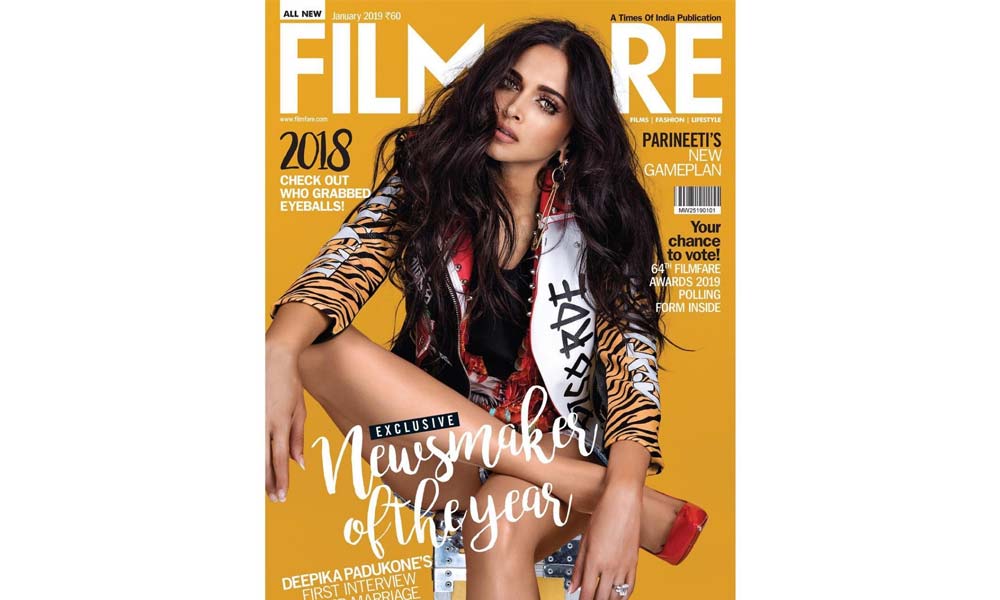 Looks like Deepika Padukone is not going to stop giving us fashion inspiration anytime soon. Be it bridal fashion goals or western ones, the diva never fails to disappoint us when it comes to fashion. Early this morning The actress moonwalks into 30 million followers on Instagram, where she posted a cute moonwalk video on her official account.

After topping Forbes List, Deepika Padukone has been named the top Indian star of 2018, the Queen has marked another benchmark against her name being topped in the list of Stars of Indian Cinema. With the blockbuster hit of the year 2018, Deepika Padukone has set the bar high for all the female stars in B-Town.

The year 2018 has been great for Deepika Padukone, considering she won applause for her performance in Sanjay Leela Bhansali’s Padmaavat and the film was a big hit on Box office as well. trailblazing at international red carpets like Met Gala and Cannes Film Festival and finally closing the year with what can be the grandest wedding ever, Deepika Padukone is definitely the biggest newsmaker of 2018.

Currently, Deepika Padukone is gearing up for her next film Chhapaak based on true story of acid attack survival directed by Meghana Gulzar. Chhapaak will be co-produced by Deepika Padukone