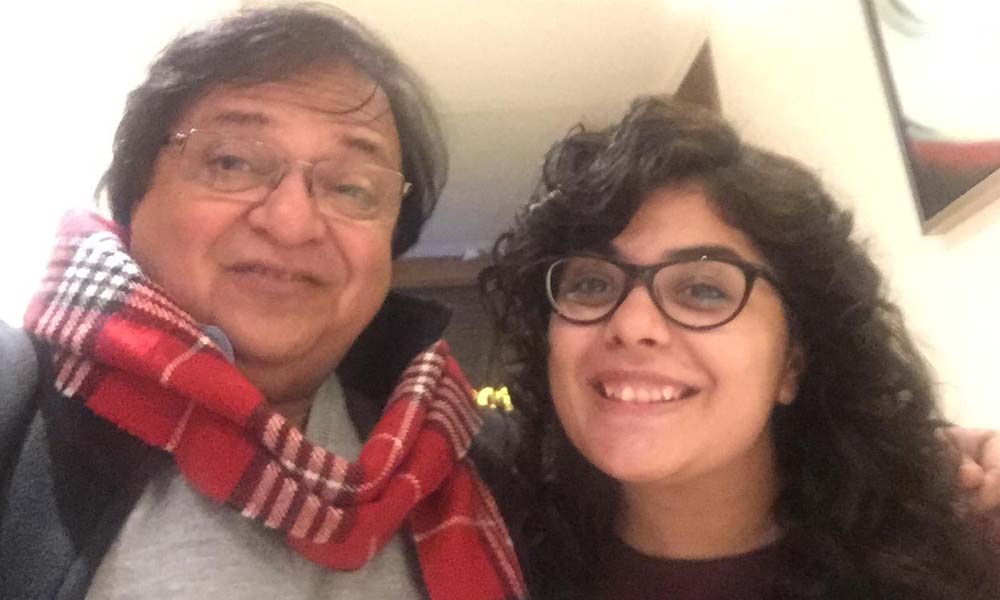 Priyanka Arya, who is currently shooting for her upcoming film which is a remake of ‘Singham’ in Punjabi was spotted having some fun on the sets.

We got our hands on a cute behind the scenes picture of Priyanka Arya with her co-star and veteran actor Rakesh Bedi. The two is seen beating the chills with their furry jackets.

In an earlier interview, while sharing about becoming an actor, Priyanka said, “It was always there on my mind but I was hesitant to speak about it. I feel I have a different body type unlike those stereotypical actresses but I am like an imperfect package.”

She had jokingly added, “I can kill anyone with my cuteness.”

Hailing from Noida, this young diva is a ball of energy and has always dreamt of making it big in the entertainment world. Apart from her stints in webseries and 50+ advertisements, she has also showcased her talent in big banner films like, ‘Sui Dhaaga: Made In India’, ‘Munna Michael’ to name a few.

Very soon she will be announcing her next big projects, “I have signed a contract with an OTT platform for a web series and also in talks for a feature film under a big banner, signed off Priyanka.