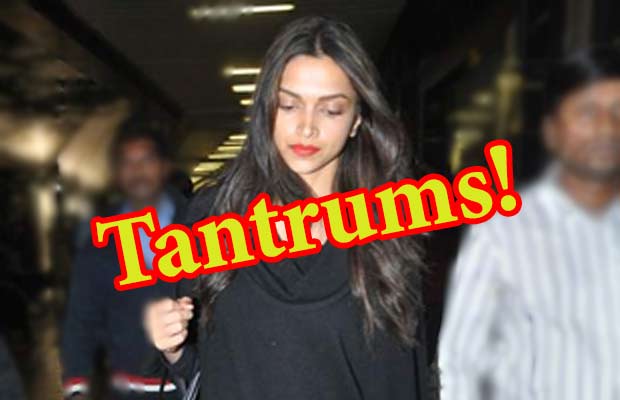 [tps_footer]The entire B-town knows by now that the gorgeous Deepika Padukone is back to her home turf from Budapest. But what has been creating a buzz in the air is the flight that brought her home saw some major melodrama unfold!

As per a popular daily, after shooting in Budapest for Homi Adajania‘s latest, Ms. Padukone found that she was on an overbooked flight. Reportedly, Deepika flat out refused to fly without two of her crew members! First, the obliging airline made the obligatory announcement, asking other flyers to yield to the incentive of a hotel stay and travel voucher. With no volunteers, her people began an outreach effort, approaching individual passengers with requests to relinquish their seat. The only impact that had was to hold up the flight.

But all that drama saw an end as soon as she landed in Mumbai airport all compose and pretty. Well we do know that she is very composed when it comes to the paparazzi, don’t we? ;)[/tps_footer]