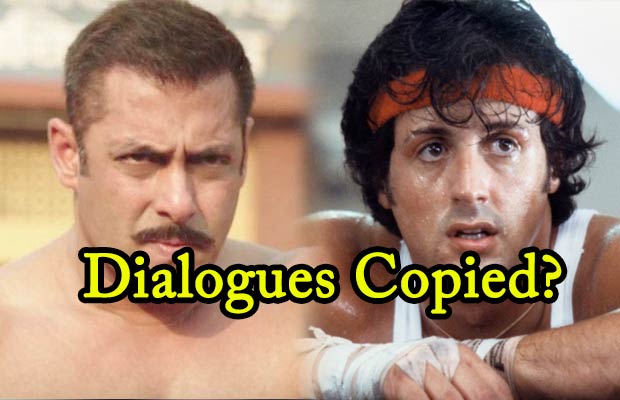 [tps_footer]After his excellent work in ‘Prem Ratan Dhan Payo’,  Bollywood actor Salman Khan will be seen in his upcoming film Sultan, directed by Ali Abbas Zafar. Ever since the trailer of the film was released, it has been getting huge response . The Bhaijaan fans are going crazy and can’t wait for the movie to release. The trailer is already making history with millions of views just in 24 hours of the trailer release.

Salman Khan’s fans are crazily loving the trailer and actor’s never seen avatar as a wrestler but little did anyone know that the dialogues of the film have been copied or inspired from Hollywood flick Rocky Balboa. Yes, not we but this is what Salman Khan’s fans have noticed and in fact they also took to social media to speak about it. Nevertheless, despite being copied, fans have no objection with it and are loving the dialogues of the actor in the film Sultan.

Here’s what fans have tweeted about dialogue copy: 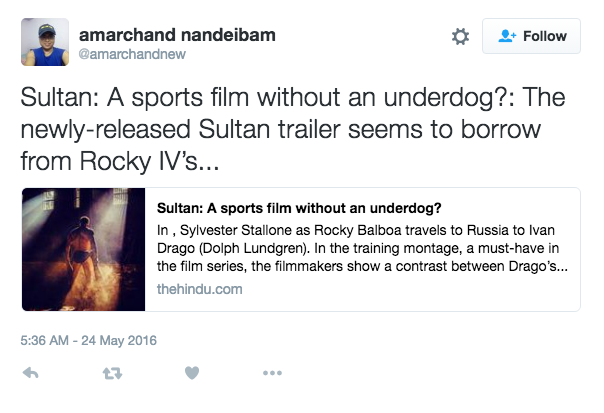 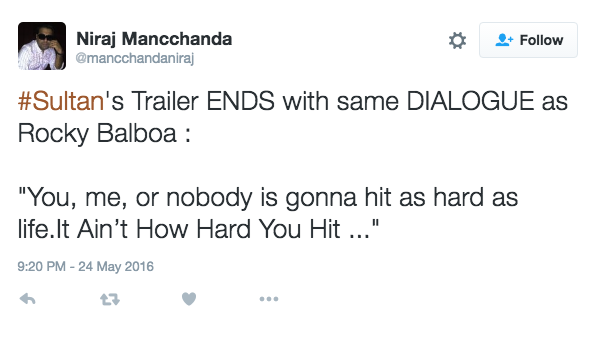 He translated the Hindi dialogue in English and realized it’s from Rocky Balboa.

He just summed it all.

But even though it might be copied, fans seem to be okay with it and are really busy appreciating it rather than adding negative comments. That tells how much they love Salman Khan. [/tps_footer]