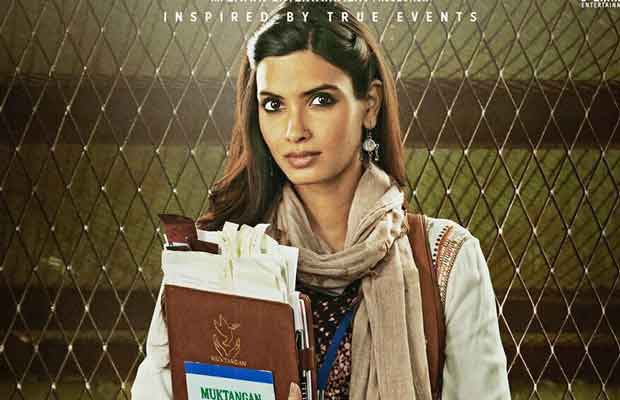 The trailer of Lucknow Central released earlier today and has impressed audiences already.

The makers of the movie have also revealed the first look of the star cast and we’re loving every bit of Diana Penty as Gayatri Kashyap, a diligent NGO worker who is compelled to form a Band of Prisoners for a band competition to be held in Lucknow Central jail.

Sharing screen space together for the first time, Diana Penty and Farhan Akhtar have managed to leave their mark with this riveting trailer.

Diana made her debut in Cocktail where she played the shy, demure Meera, followed by the bubbly Happy in Happy Bhag Jayegi. We recently got a glimpse of Penty in a military avatar from one of her upcoming films Parmanu – The Story of Pokhran, and now as an NGO worker in Lucknow Central. She seems to be one of the few actresses to choose roles that are significantly different from each other.