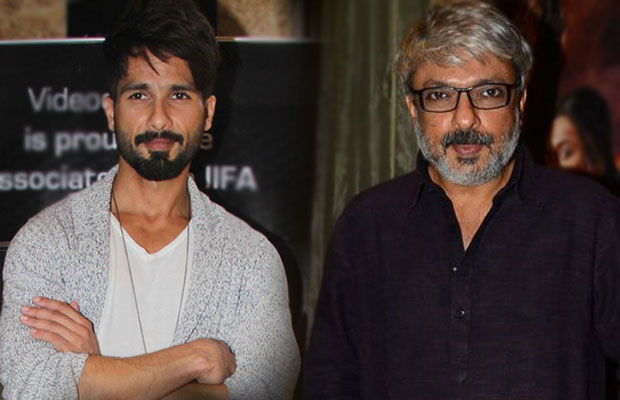 Since long there has been news that Shahid Kapoor will be a part of Sanjay Leela Bhansali’s Padmavati. Well, for a long time nothing was finalised. But now, looks like SLB has finalised the cast. The handsome actor will play Deepika Padukone’s husband role Raja Raval Ratan Singh in the film. Well, Shahid has put forward some demands in front of the director to be a part of the film.

Shahid’s first demand is he won’t start shooting immediately for the film. The Haider actor has recently entered fatherhood. Shahid wants to spend all of his time with his wife Mira Rajput and his newborn baby girl. His second condition is a change in the script of the film. Shahid demanded it to be a triangular love story. The film also stars Ranveer Singh, so he doesn’t want to play a sidekick to him. Hence, he wants to have an equal screen space as Ranveer. Well, we all know Ranveer is a brilliant actor and so it Shahid. So, Shahid’s demand of having him a meaty role shows that he don’t want to play just a supporting character in the film.

Well, apparently, SLB has begun the work of his film. He faced a lot of trouble to cast actors in the film. His first choice has always been Ranveer and Deepika. He had to struggle a lot for the Deepika’s husband role as no one was keen on playing the second lead to Ranveer. Also, Deepika refused to work with not so famous actors, Tv actor and Masaan actor Vicky Kaushal in her husband’s role. Later, names like Fawad Khan and Hrithik Roshan were also making news but didn’t work out. Finally, Sanjay found his three gems for the film and can finally go ahead with Padmavati. Also, Deepika-Shahid, two of the adorable actors in Bollywood are finally sharing screen space together and we are very excited for the same!