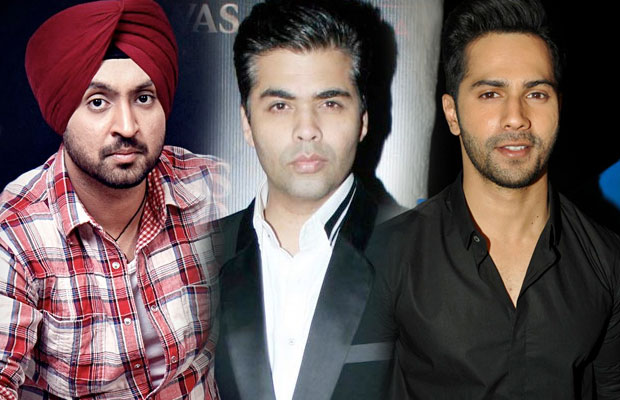 Diljit Dosanjh was last seen in Bollywood super-hit Udta Punjab directed by Abhishek Chaubey.  Buzz is that the singer is all set to be casted next in another Bollywood flick.

The singer, known for the foot tapping numbers in Udta Punjab, Singh is Bling, Tere Naal Love Ho Gaya and many more that he has given his voice to, is speculated to be casted with Varun Dhawan in Karan Johar’s next.

The details of the film aren’t fully known yet. However, reports suggest that the cast is confirmed. Both Varun and Diljit are excelling in their respective careers right now and a Karan Johar entertainer would be a perfect aid at this stage.

Varun right now is busy with the promotions of Dishoom whereas Daljit is riding high on the success of his Punjabi hit Sardaar Ji 2.

The Punjabi superstar is also signed for a role in ‘Phillauri’ in which he will be casted opposite Sultan star Anushka Sharma.

A source working closely to the upcoming movie confirmed the news saying, “Punjabi superstar Diljit Dosanjh will be working with the fast-rising Varun Dhawan in Karan Johar’s next film. The movie is expected to go on the floors next year in January.”