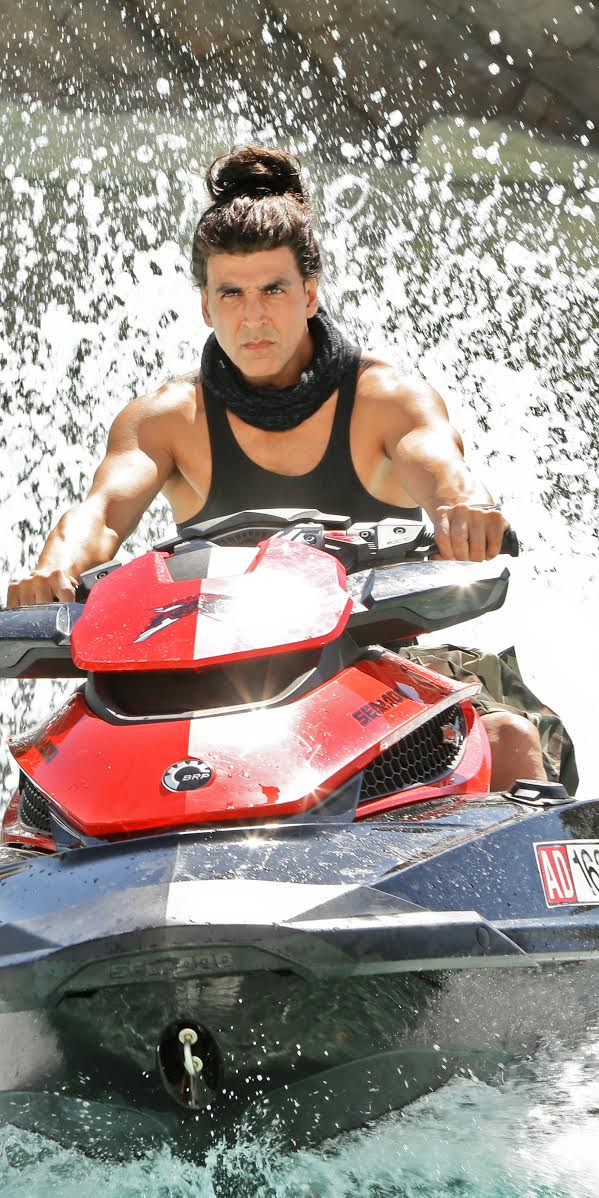 [tps_footer]Dishoom has a new addition to its cast and its none other than our very own Khiladi Akshay Kumar.

Rarely do we get to see Akshay Kumar make a special appearance? Having previously done cameos in Dil Toh Pagal Hai and Om Shanti Om, Akshay is now going to be seen making a splash in his third special appearance; in Rohit Dhawan’s much-awaited action adventure film Dishoom produced by Sajid Nadiadwala.

He is seen sporting a uber cool man bun, with a strapping physique not forgetting his trademark mischievous eyes. Akshay will appear in a never-seen-before avatar.

Interestingly, every time Akshay does a cameo, he has been lucky for the film. Rohit Dhawan has managed to bring together a fantastically talented cast and now with Akshay Kumar on board , the movie is definitely a can’t-wait-to watch !

Sajid Nadiadwala‘s Dishoom trailer proved to be a perfect mix of action and humor along with umpteen amount of glam quotient .

The trailer of the film released to an overwhelming response with the social media buzzing for more.

Jacqueline was seen stealing the show with her killer moves in the song “Sau Tarah Ke” which has been an instant rage. While John and Varun are seen celebrating their bromance in “Toh Dishoom”, the rap song has been loved by all.

Jaaneman Aah had Varun Dhawan and Parineeti spreading their charm all over! All the songs have been instantly picked up and have been topping chartbusters all over !

The Dishoom trio have been travelling all over the country which has been a complete treat for their fans!

Dishoom that releases on 29th July, which revolves around two buddy cops Kabir and Junaid played by John and Varun and will bring to celluloid a bromance between the two action heroes. The film also has Jacqueline Fernandez as the female lead, donning a sexy avatar.[/tps_footer]