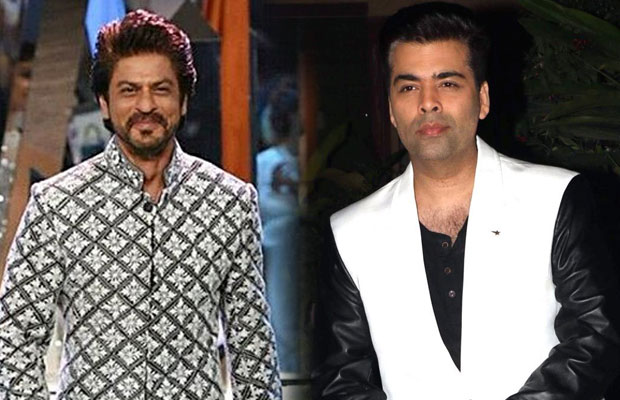 Shah Rukh Khan finally reacted to Karan Johar becoming a father to twins Roohi and Yash. The actor spoke about the same at Mijwan Summer 2017 fashion show on March 5, 2017.

Filmmaker Karan Johar on Sunday morning surprised everyone with a happy news on becoming a father of twins through surrogacy. Yes, Karan Johar is now a proud father to twins Yash (after his late father) and Roohi (a re-arrangement of his mother, Hiroo’s name) were born on February 7. The babies were born at Masrani Hospital in Andheri, Mumbai, in February where Shah Rukh Khan‘s third child AbRam was delivered also by a surrogate mother.

Reportedly, Shah Rukh Khan was the first one to know that Karan Johar was planning to have babies through surrogacy as he had only introduced the director to Dr. Makrand Masani of the Masani Hospital. Well, as soon as Karan shared this happy news, B-town celebrities Alia Bhatt, Varun Dhawan, Farah Khan, Arjun Rampal and many others took to twitter to congratulate Karan on becoming a father. Well, we expected SRK’s tweet too, but that did not happen.

Yesterday, at Mijwan Summer 2017 show, Shah Rukh Khan who walked the ramp for Manish Malhotra along with Anushka Sharma was asked to comment on Karan’s fatherhood.

To which SRK replied, “We wish him happiness. But it’s still very personal. So, don’t think that I am being cagey by not answering about it. I have had this moment in my life so I know how personal it is. So, let’s respect it and leave it to that. We will have love, celebrations, happiness and health later.”

Well, SRK has preferred to not comment on Karan Johar’s happy moments as we think, he does not want to create a lot of hullabaloo over the same like he went through during AbRam was born through surrogacy. He surely knows what and when to talk at the right time! 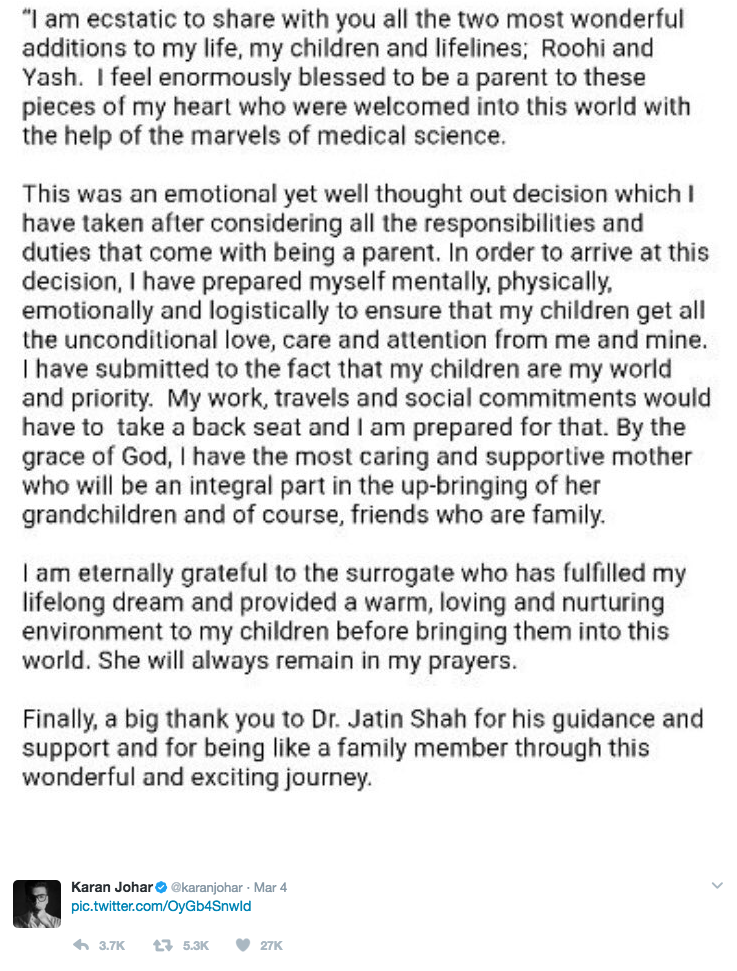 Finally I can say I have a younger brother AND sister!!!!!! So so so happy❤️❤️❤️ soo much love to give uff bursting with joy!!!!! https://t.co/HCMkoR5JWL

Karan your the best human being I know and Im sure you will make the best dad.Can’t wait to meet these lil munchkins https://t.co/iDl4XswvRG

Congrats, @karanjohar ! You’ll make a wonderful parent. All it takes is a good heart (and lots of patience! 😉 ). So I’m told, by mine! https://t.co/KNGNihBSEv

Congratulations-welcome 2 parenthood Karan-this will B the most satisfying N rewarding aspect of UR life.God Bless the young ones.Proud papa https://t.co/RUB4lD67n6

Karan you will be a terrific father to the twin joys, you deserve these little blessings! ??❤️❤️ many congrats!!? https://t.co/A4SHSHxDJ4

This is so beautiful Karan!! Am thrilled for u! U will be the most wonderful father! Can’t wait to meet baby Johars..God bless❤ @karanjohar https://t.co/BWqR9G89EV

Glad u took my advice seriously @karanjohar Best thing to happen to you.. n theyll b the youngest people you hang out with so all’s good ?

I’d such a big smile this morning when I read about this.
Lots and lots of love @karanjohar and a big hearty congratulations. https://t.co/sfksLcoRUu 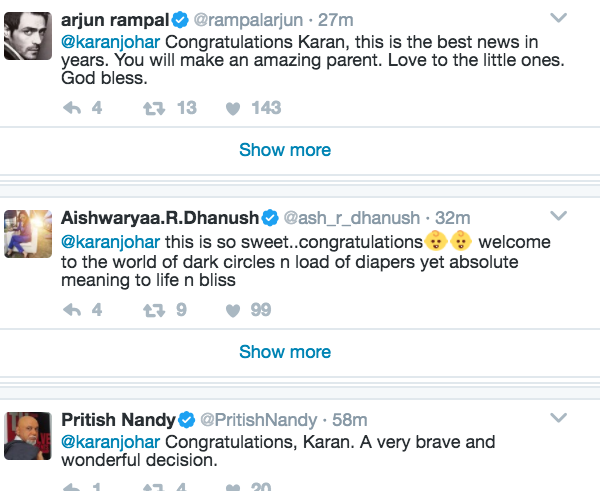