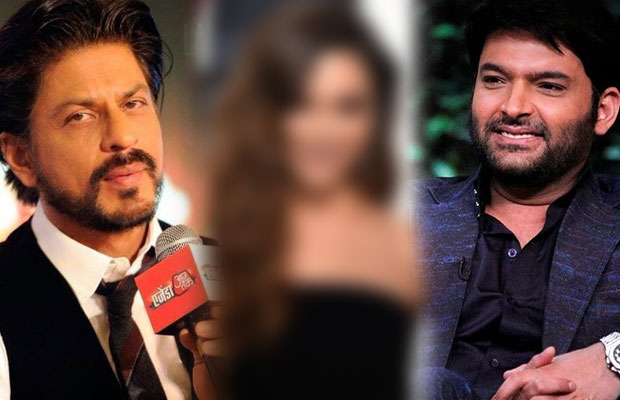 Kapil Sharma graced the finale episode of Koffee With Karan 5 on March 5, 2017.

After much wait, finally, comedian Kapil Sharma’s episode on Koffee With Karan 5 was aired last night on Star World. The show opened on a grand note with Karan welcoming Kapil as the “very famous” Kapil Sharma, the stand-up comedian. The show looked every bit of happening but low on gossip.

After Kapil sat on the couch, he told Karan that he initially thought the makers were playing a prank over calling him on the show. He also added that he can’t speak English anymore, as it is over.

Well, when it comes to comedy, nobody can beat Kapil Sharma. The comedian turned actor was seen at his best with his amazing comedy timing and humorous replies. After much of professional talks, Karan like always, throw some personal and uncomfortable questions at Kapil. The ace comedian also made some revelations about his love for Deepika Padukone and gate crashing SRK’s party.

#Karan asked Kapil, What Do You Do For S*x? Kapil was stunned to hear this question and asked Karan, if it is Koffee With Karan or something else with Karan.

#Kapil’s love life: When Karan asked about Kapil having a girlfriend he said that he has many girlfriends. Also that he has fallen in love many a time.

#Gate crashed SRK’s party: Kapil revealed that as his cousin wished to visit SRK’s house, they decided to hang around Mannat. As he saw the gate of the bungalow open, he entered along with his cousin. As guards recognized him and thought he was also invited, Kapil was allowed to enter. He also revealed that Gauri Khan also welcomed him. He said, “Shah Rukh Bhai was very humble and played the perfect host. Though I told him I wasn’t invited and gatecrashed his party.”

Thanks for having me on #koffeewithkaran @karanjohar sir. It was a wonderful experience to sit on that couch.. was lil nervous but enjoyed