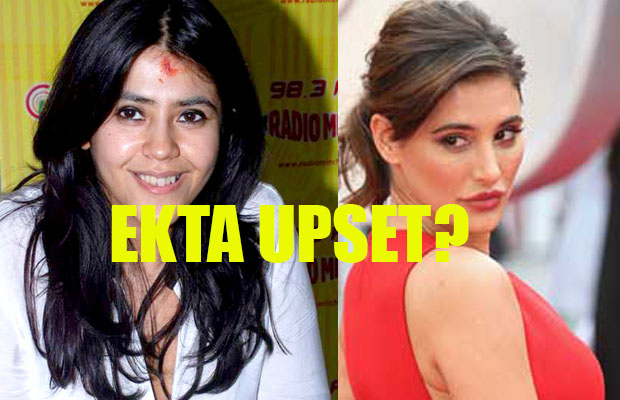 [tps_footer]We all know what happens when any actor or artist shows a wrong attitude to Television Queen Ekta Kapoor, those artists can barely revive their career in television industry ever again, for example, Aman Upadhya, Smriti Irani, Pulkit Samrat, and more. Now, Bollywood’s bombshell Nargis Fakhri has entered Ekta Kapoor‘s Motion Pictures by working in Azhar starring Emraan Hashmi, Prachi Desai which is a biopic based on Mohammed Azharuddin‘s life, cricket, marriage, extramarital affair with actress Sangeeta Bijlani and so much more. But unfortunately, Nargis is not getting along with the makers of this movie and she gave a no-show at various promotional events.

It’s said Nargis Fakhri was expected to promote Azhar along with Emraan Hashmi and Prachi Desai in a television show, Nargis didn’t turn up. Later, a close source even revealed that Nargis has been avoiding promotional events of Azhar and she doesn’t reply to the messages sent by the makers and the team of Azhar. We are still thinking what will be the reason for Nargis to do this especially when she knows it’s an Ekta Kapoor movie who makes friends and enemies very easily.

Anyways we just hope everything gets well between Nargis Fakhri and the makers of Azhar or else the movie may face a lot of issues and get publicity for other reasons instead of movie’s content.[/tps_footer]