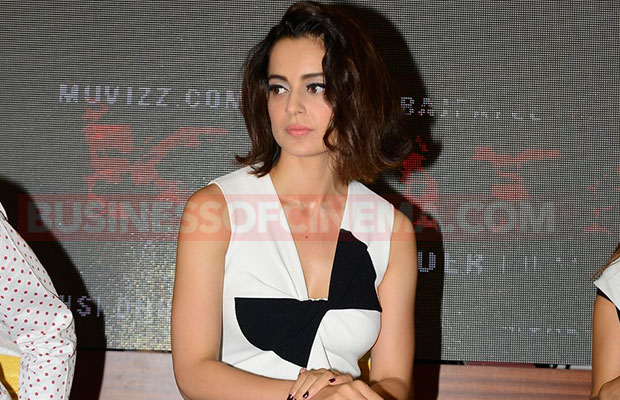 Actress Kangana Ranaut is currently shooting for a film in Atlanta, United States which is titled as ‘Simran’. The movie is expected to be a milestone in this National Award winning actress’ career.

It’s been reported that after the success of Queen and Tanu weds Manu, Ranaut has become very choosy about the projects she undertakes. In Simran which is directed by Hansal Mehta, she plays a role of Prafull Patel, a 30 year old divorcee. The divorce rates are on a rise and there are a lot of problems faced by divorcees especially divorced women. Amidst the stigma attached to it, it shows courage on part of Kangana to take up the movie that revolves around this subject.

The 29 year old actress is known to be method actor and attending workshops to prepare for her role. Sources have revealed that, “Kangana is a known perfectionist and hence she is preparing intensively for her character. This is the first time when she will essay such a role and she wants to take no chances with it. For preparing for the role, Kangana is intensely preparing on her dialect and body language by spending long hours cutting off from the rest of the world just to get everything right,”

Kangana has finished shooting for Rangoon which also stars Shahid Kapoor and Saif Ali Khan and is directed by Vishal Bhardwaj.