Shah Rukh Khan, Salman Khan, and Aamir Khan are ruling the Bollywood industry from last 25 years. If one wants to see real stardom, success, and craze, these three are alive examples of it. It is not easy to sustain on the top position for so many years, but for these three Khans, nothing is impossible. They did have ups and downs in their careers, but that didn’t stop them from ruling the industry. They still have big films and massive fan following in India as well as outside the country.

Bollywood fans are really waiting to see these three Khans together in a film. Well, we don’t know when is that happening. But, any hope we get to see them together makes us happy. During the 90s, the three Khans had come together for a magazine cover. The actors look quite young and handsome, as they are even today. This different magazine covers feature SRK; SRK ,and Salman; SRK, Salman and Aamir together. Well, these covers clearly depict the competition between SRK and Salman; also SRK, Salman, and Aamir.

One of King Khan’s fan groups shared this amazing throwback magazine covers on Twitter. These magazine pics will surely take you back to the 90s days where these Khans had more of a spunky attitude. Now, the Khans have mellowed down when it comes to competition. 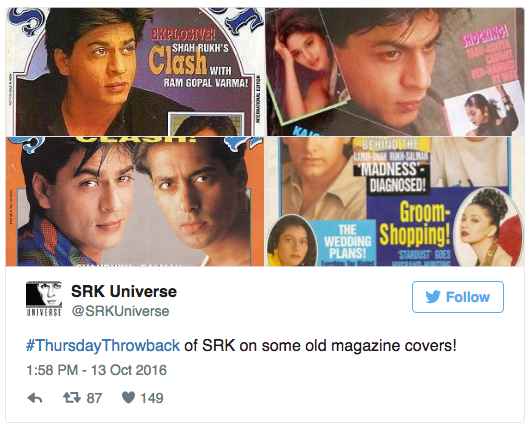