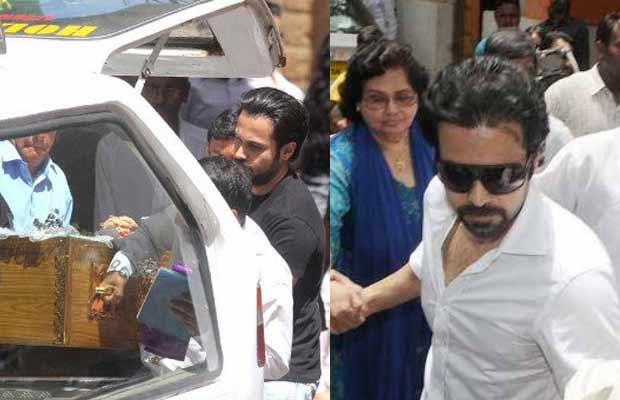 [tps_footer]Last week, we all were equally saddened and taken aback by the news of Emraan Hashmi’s mother’s demise. However, in the immediate aftermath of  his mother’s demise, none of the Hashmi family members spoke up or made any comments. However, Emraan has finally opened up about the unfortunate incident that has completely changed his life. His mother’s demise is also going to be documented in his upcoming book, ‘The Kiss Of Life: How A Superhero and My Son Defeated Cancer’, co-authored by Bilal Siddiqi.

According to a leading daily, Emraan was in Bucharest, when he got a call from his father, Anwar Hashmi. His father informed him that his mother had fainted and they were wheeling her into the ICU. But as he drove to the airport, the stream of updates from his father got steadily worse and just before he boarded the aircraft, he learnt that his mother was no more.

Emraan added that he virtually has no memory of the journey back. It was unbelievable! After two years, just when conversations revolving around cancer, remission and chemotherapy were beginning to fade away and the family was beginning to think that they had overcome the disease, Hashmi added, that the untoward incident happened and they were faced with the trauma all over again.[/tps_footer]