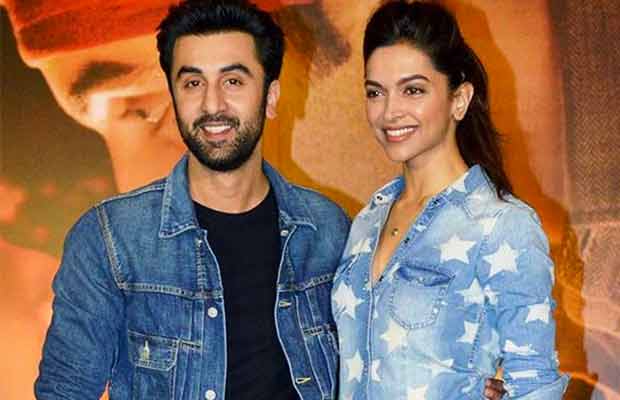 Ranbir Kapoor and Deepika Padukone were the most loved and celebrated couple of Bollywood both on and off screen. When they were officially dating, fans couldn’t wait to see more of them. Even after separation, many expected that their favourite Bollywood couple will reunite but that sadly didn’t happen.

Both of them decided to move on and keep their personal and professional space separately. And even after a terrible break up, both managed to hit the chemistry off in two of their films, Yeh Jawaani Hai Deewani and Tamasha. And now it is heard that the two are coming back together. Now, are they showing interest in each other AGAIN? No! That’s not the reason why these two are coming together, it’s strictly professional.

We are sure many of you’ll must have thought it could be some personal reason, but no. According to a report in a leading daily, Ranbir Kapoor and his ex-girlfriend Deepika Padukone were spotted visiting director-producer Vidhu Vinod Chopra’s office. It is after that speculations have started that these two are coming together for another mega project that would be produced by the ‘Wazir’ producer. However, neither Ranbir nor Deepika has confirmed about it yet. But a source revealed to DNA saying,

“She dropped in to meet Vinod when the paps weren’t there. The filmmaker loves their chemistry and is keen to cast them together in a film after ‘Tamasha’.”

It is obvious that it would be hide-and-seek meetings. Even if the reports are true, chances are high that it would be kept under wraps until official announcement is made. But no matter what, Ranbir Kapoor and Deepika Padukone won’t be able to escape from the eyes of the paparazzi for too long.

Meanwhile, a week back Ranveer was spotted outside Vidhu Vinod Chopra’s office. A source told us, “Yes, Ranveer Singh just visited Vidhu Vinod Chopra’s office. Vinod and Ranveer have been having a very serious discussion for more than three hours now. Vinod also ordered a bouquet of flowers to present to Ranveer. It seems like a new movie narration is happening. Both of them are pretty excited about it.”

This makes us wonder if a movie could be brewing between the three and if that is indeed true, it surely makes for some fabulous news.

On the work front, Ranbir Kapoor is gearing up for the release of ‘Jagga Jasoos’. He is also busy shooting for the untitled Sanjay Dutt Biopic that is again produced by Vidhu Vinod Chopra. Meanwhile, Deepika Padukone is busy shooting for Sanjay Leela Bhansali’s magnum opus ‘Padmavati’ in which she’ll be sharing screen space with Ranveer Singh and Shahid Kapoor.