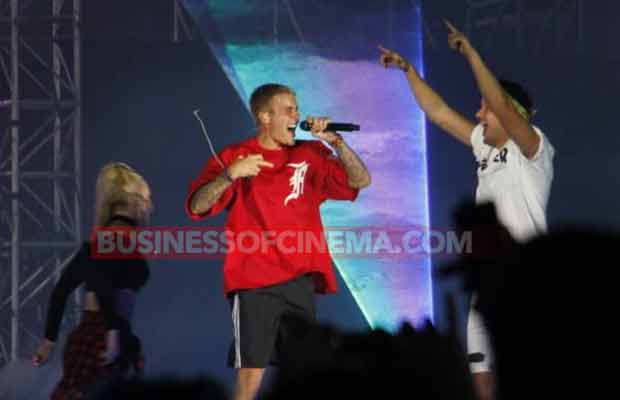 5 Major Fails At The Justin Bieber Concert In Mumbai – Too Late Now To Say Sorry?

We broke out all the news to you about the concert and the pre and post happenings about it. After waiting for hours at the Mumbai international airport to get a glimpse of their favourite pop sensation Justin Bieber, his fans thronged for the main event on May 10 in huge numbers. There were thousands of Beliebers who poured in at Navi Mumbai’s D.Y Patil Stadium to see Justin’s maiden performance in India which was a part of his Purpose World Tour.

Everything about the concert was made sure to be extraordinary. From the setup, the demands of the star, the special arrangements for his fans, choppers, Jacuzzi, etc etc. But after the event ended, people voiced their opinions on things that went royally wrong at the star’s concert. While the gates opened in the afternoon, the singing sensation who was slotted to step on to the stage at 8.00 pm, took the spotlight at 8.10 pm that broke the crowd into a maddening hoot.

On the red carpet front, from celebrity mums to star-kids, it seems like a gala family time out a day. Sridevi, Malaika Arora, Sonali Bendre, Mahima Chaudhari and Poonam Dhillon among others told the press that their kids made them hear all the songs of Justin Bieber while they travelled in the car and that they have just come to accompany their child.

While the aam janta stood at the open ground, the VVIPs occupied the air conditioned lounge area. All was hunky-dory in the beginning, with the spirits soaring high. It was only posted the show that the loopholes came to the forefront. Here’s looking at the five main things that led the fans and the celebrities highly disappointed. Here’s everything that went wrong.