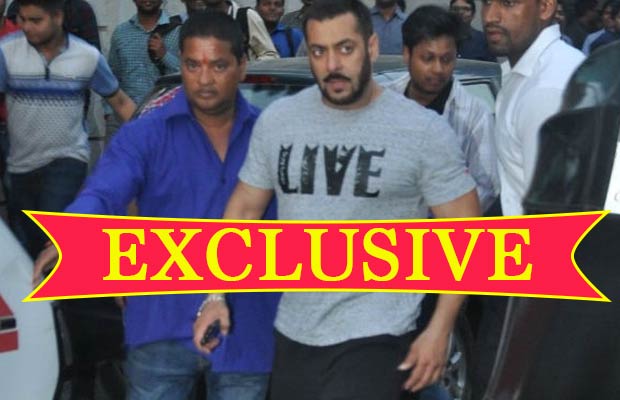 [tps_footer]Off late, Bollywood directors and the makers of the film are being very much alert and have been taking a lot of precautions to keep details about their projects under wraps. Sometimes, even phones are confiscated during the shooting of the film in order to ensure that pictures and spoilers do not make it to social media platforms.

Well, YRF head Aditya Chopra who is currently working on his production film Sultan starring Salman Khan and Anushka Sharma in the lead roles, is known to be extremely careful about its project and had kept all the security measures on the sets. Recently, while the entire team was shooting for the film at Film City, Mumbai, some unknown person was caught shooting Salman Khan through his phone while the actor was is in character.

Security measures were in place so as to avoid any crucial leak and that’s how Salman Khan caught the man shooting him on the sets of Sultan. A source from the unit EXCLUSIVELY revealed us the entire scene on how Salman slammed the man by abusing and taking over his phone.

A source from the unit reveled us, “Some unknown man was shooting up from the mountains while the shoot was going on at film city. Salman sir got his eye on it and called him on sets. He was very much angry and took his phone to delete the recordings. He even abused him for secretly recording the shoot to leak. The man was not given his phone back and was asked to leave.”

Well, Salman Khan is surely known for his kind nature, but when it comes on his films, the actor wouldn’t take a single chance to get any of the scenes leaked.

Recently, the makers of the film finished shooting the second song of the film, which was choreographed by Farah Khan. Directed by Ali Abbas Zafar, the film is based on wrestling and is slated to release this year on Eid.[/tps_footer]