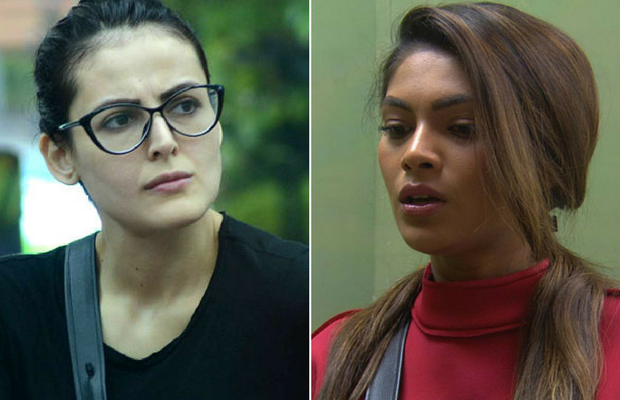 Bigg Boss 10 contestants had a rollercoaster journey inside the house and definitely, their stay was not easy as it looks. Amid all the fights, drama, mentally challenging tasks and what not, contestants Rohan Mehra, VJ Bani, Lopamudra Raut, Manu Punjabi and Manveer Gurjar have finally made it to the finale week. While Lopa, Manveer and Manu have become the three finalists of the show, Rohan and Bani are still in the danger zone.

Meanwhile, the top 5 contestants are having a good last few days inside the house and are making every bit into a memory. As earlier we revealed, Bigg Boss has introduced an interesting task in the house called, ‘BB10 Mela’. Each housemate has been given the certain role to perform the task. The housemates have to make sure they entertain their guests with their given roles.

The first guest who enters BB10 Mela is none other than former Bigg Boss contestant, Mandana Karimi. The Iranian beauty had a wonderful time in the house but something about Mandana left Lopamudra Raut quite upset.

We exclusively reveal, Mandana Karimi raised the topic of Lopa and Bani‘s catfight that happened during call centre task. While talking to housemates about the same, Mandana was all praises for VJ Bani and called Lopa a villain. This, of course, left Lopa upset and she could not tolerate being called the villain. Will Lopa burst her anger once again and create a new drama? Will Mandana‘s entry in the house will create another fight between Lopa and Bani? Only time will tell!