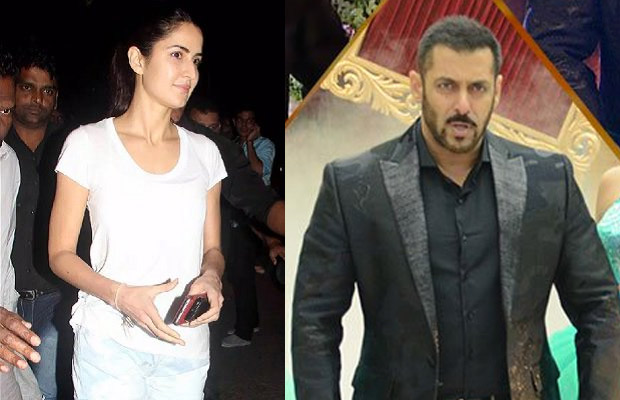 [tps_footer]This season of Bigg Boss surely didn’t impress the audiences due to not so happening contestants, but the makers of the show tried their every bit in order to raise the TRP ratings. Viewers were surely disappointed by the show, but the makers surely gave a best of Bollywood to the audiences this year.

Yes, this year Bigg Boss 9 show had a best of Bollywood! From Shah Rukh Khan and Salman Khan’s presence together to Ranveer Singh, Deepika Padukone, Sonam Kapoor, Sunny Leone‘s appearance, many stars left a glitzy touch on the show this year.

Also, we exclusively reveal, actress Katrina Kaif is confirmed to appear on the show tonight. Yes, Katrina Kaif will be seen with Salman Khan on the grand finale of Bigg Boss 9. Now, isn’t that awesome?

The gorgeous actress is all set to appear on the show for the promotions of her upcoming film Fitoor, which also stars Aditya Roy Kapur in the lead role. The actress has been rigorously promoting her film since past few days and for sure she didn’t want to leave the opportunity to promote her film on the most popular reality show Bigg Boss 9.

Interestingly, Salman and Katrina will be seen together after almost 5 years on Bigg Boss. The duo were seen together last on the show when the actress had appeared on the show for the promotion of her film Tees Maar Khan in 2010.

We all are aware that Salman Khan had alleged affair with Katrina Kaif and it will be the most awaited moment to see ex-couple together again and moreover anything just after Ranbir Kapoor and Katrina Kaif reportedly broke up.

Are you all excited?