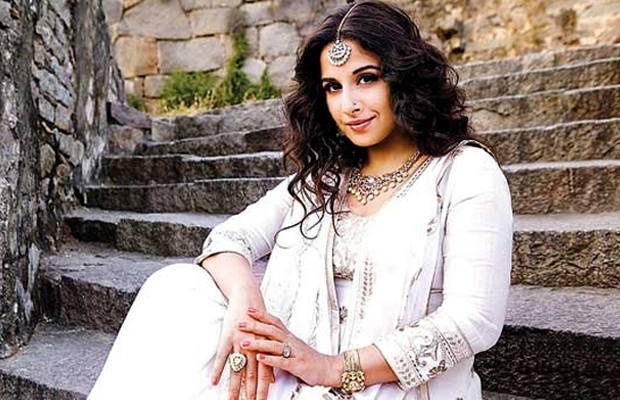 Bollywood actress Vidya Balan, who was last seen in Sujoy Ghosh’s Kahaani 2, is back with yet another hard-hitting drama, Begum Jaan. The film, which is directed by Srijit Mukherji, sees Begum Jaan played by Vidya Balan in a very powerful role, dynamic, no-nonsense madam of a brothel, one who puts up a brave front when her home is on the verge of being demolished. The film is based on the backdrop of the year 1947. Begum Janna is the story of eleven women who refuse to part ways with their brothel and each other during the partition between India and Pakistan.

Vidya Balan, who is always thirsty for meaty and challenging roles has revealed how tough it was shooting for Begum Jaan. Talking EXCLUSIVELY to Business Of Cinema.com, Vidya Balan shared her experience of shooting Begum Jaan that was physically as well as emotionally challenging.

Vidya Balan says, “Physically very challenging as it was 45-46 degrees in Jharkhand. It was tough because it would be either like we are burning or it would be raining very heavily. After rains, it would be really very humid. It was very tough shooting and because of the heat, we were trying to optimize our time. We did not take breaks in between and no time-pass used to happen. It was purely work.”

She further added saying, “Now I know I can shoot a film and it is possible to shoot a film in 32 degrees that to a period film with lots of action. But you realize that nothing is impossible. It was very much physically demanding and emotionally too because Begum Jaan is not a regular character. I have not seen a woman like her on or off screen. I enjoyed playing her but it wasn’t easy because she is aggressive, powerful and even if she is not saying anything in the film, she exudes power. “