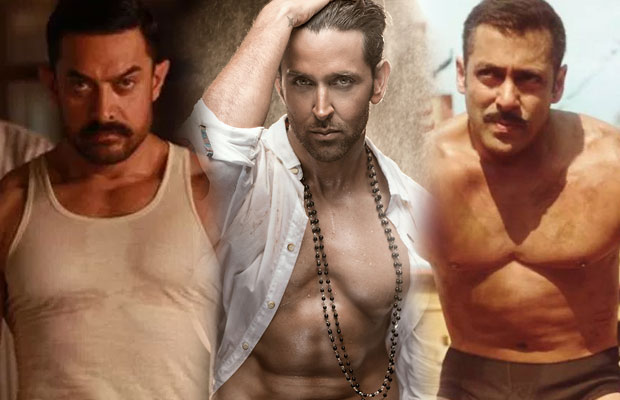 As earlier we exclusively reported, after Kaabil, Bollywood heartthrob Hrithik Roshan has already been approached for multiple films and he is looking forward to choosing one. Now we EXCLUSIVELY reveal, after working with Akshay Kumar, Ajay Devgn and Saif Ali Khan, Sajid will now be working with Hrithik Roshan. The grapevine suggests that Sajid has approached Hrithik for a very special film. Unlike his other films, it won’t be a comedy or an action-oriented flick. Instead, it will be a sports drama.

Hrithik has never done a sports film before and is extremely happy with the script of the film. Salman Khan and Aamir Khan scored a huge at the box office with Sultan and Dangal. Will Hrithik give his nod to the sports drama? We will update you soon!

On a related note, Hrithik was approached for a comedy film to be directed by Karan and produced by KJo. Hrithik had a double role in the film but the actor opted out of the film.

Hrithik decided to opt out of the Dharma film because of remuneration issues. He allegedly asked for a whopping sum of Rs 55 crore, which the makers couldn’t agree on. Hrithik also didn’t budge and hence the two didn’t seem to reach a middle ground. After Agneepath, Hrithik has never done a film with Dharma. Shuddhi too had been scrapped after Hrithik walked out.