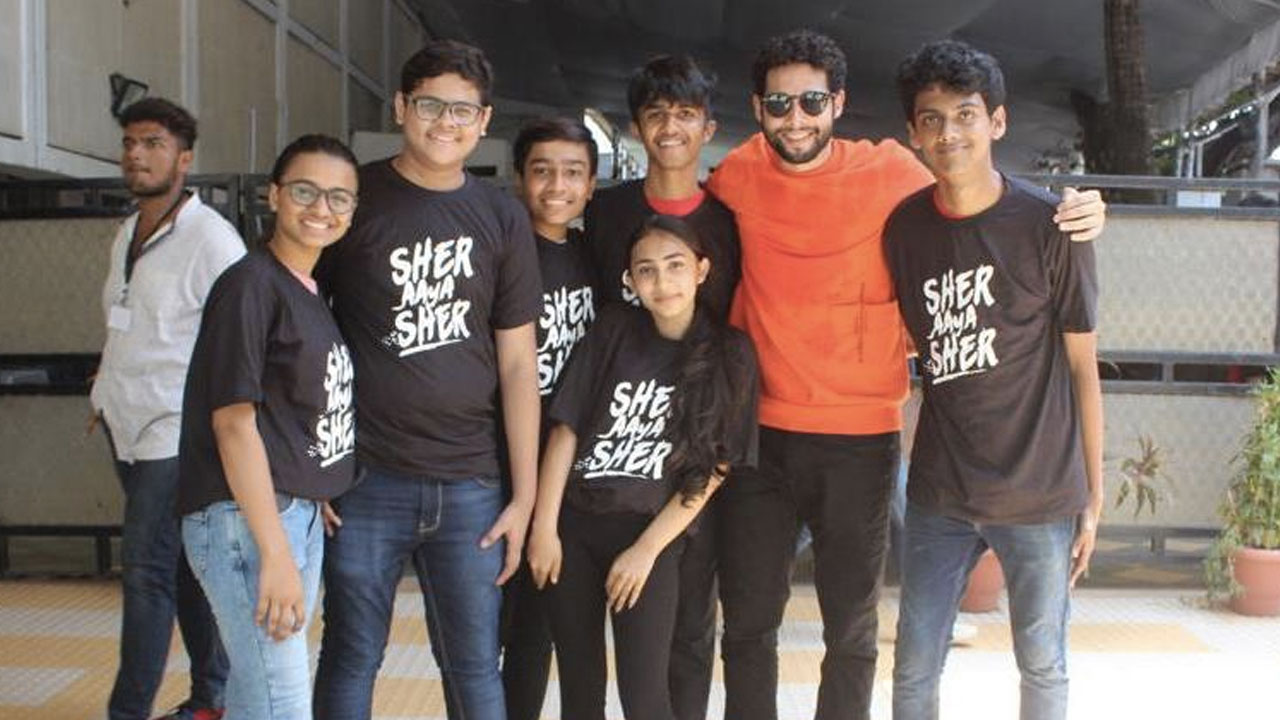 Siddhant Chaturvedi impressed everyone with his strong performance as MC Sher in Gully Boy and when he reached Umang Festival today, fans guarding him were wearing Sher Aaya Sher T-shirts. No wonder, the craze for MC Sher is at its best and Siddhant is a total sensation!

Umang festival is the annual inter-collegiate cultural festival of NM college in Mumbai and Siddhant was invited there to judge the event where the energy amongst the fans was at its peak and the excitement was on a high as he arrived.

Within months of the release, the actor has received accolades from all quarters and his role was loved and admired by critics and the fan-frenzy.

As we all know Siddhant Chaturvedi who is the MC Sher of Bollywood, is constantly gaining massive popularity due to his swooning looks and charming persona.

The Gullyboy actor recently was the face of two leading magazines and he treated his fans with stylish pictures where he donned each and every look with an ace.

After receiving humongous appreciation for his character MC Sher, Siddhant Chaturvedi is flooded with film offers, however, the actor has admitted to choosing his scripts with great caution but continues to rule over the hearts of the audience with his breakthrough performances.