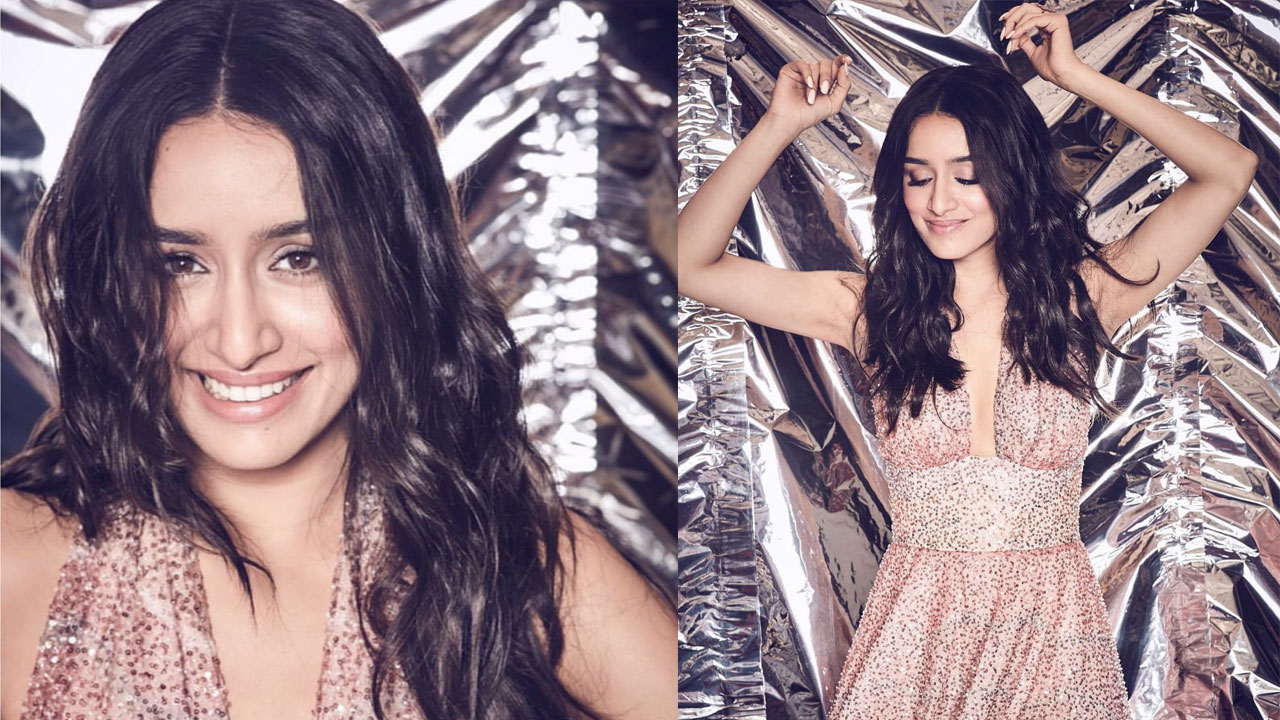 Shraddha Kapoor, the actor known for her simplicity and knee weakening smile knows perfectly how to keep her fans engaged on social media. The actress posted her pictures of her siquend outfit which she wore for the promotion event held in Mumbai. Her ensemble was like a breathe of fresh air.

Like always, Shraddha Kapoor managed to look effortlessly stunning in her gorgeous ensemble.
Shraddha Kapoor oozes oomph in her latest Instagram post. The diva flaunted the sequined dress along with just a finger ring. The middi dress was glamorous in every sense. She kept simple with just light make-up and wavy hair look.

With her upcoming Bollywood blockbusters with Tollywood superstar Prabhas, Sharddha Kapoor is all set to file her trending promotion looks.
Shraddha is making chic fashionable statements all over again.

The actress has been busy juggling between three films. This year has not only been busy for Sharddha move over she is a handful with amazing projects. The actress is excited for the promotion of both the movies as she got to play vastly different roles is all the three movies. This year is going to be a treat for Sharddha kapoor.

With the kind of versatility and range that Shraddha Kapoor presents as an actor, the actress is the leading lady of a variety of substantial projects and the audience and her fans are eagerly awaiting the release of both her much awaited films, Saaho, which is releasing on 30th of August and Chhichhore which is being released on 6th September, this year.