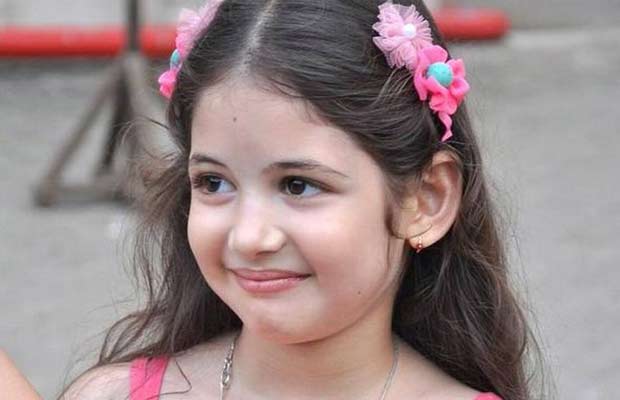 Katrina Kaif recently celebrated her 33rd birthday which was no less than a pompous affair. The actress had promised her fans that she would debut on social media on her 33rd and stuck to her promise by creating a Facebook account on her birthday.

This excited her fans greatly and they all started showering wishes on the actress on the social networking site.

Even a number of celebrities wished the beauty on Facebook including ex-beau Salman Khan.

Another surprising wish was from our very own Munni a.k.a Harshaali Malhotra. Harshaali took to Facebook to wish the lady on her birthday.

However, little did the innocent Harshaali know that the post would cause her huge trouble. Apparently, Harshaali called Kat auntie in the post.

Now Katrina is way too older than little Harshaali. So it isn’t surprising if the little girl called Katrina an auntie. However, this infuriated Katrina’s fans to a large extent.

They went on to troll the innocent Harshaali and even went on to call her ‘dumb’! 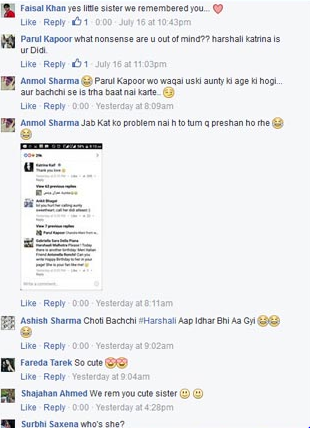 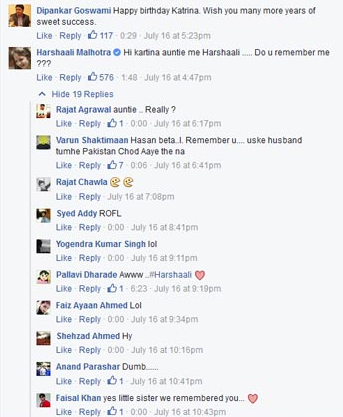 Now bullying an 8-year-old child and calling her dumb is not going to help the trolls prove anything! However, much to the benefit of our Munni, Katrina came to her rescue and thanked the little one heartily.