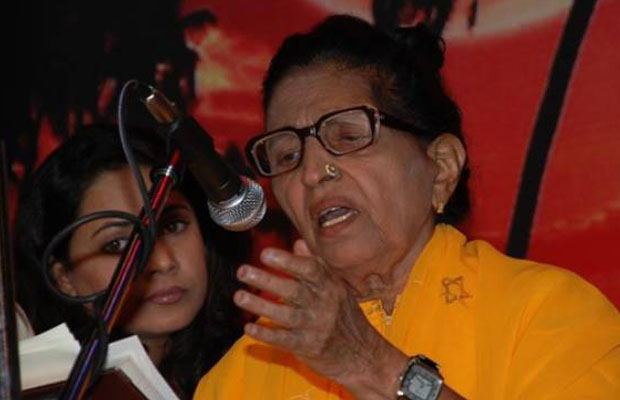 The singer is known for her evergreen numbers like Kabhi tanhaiyon mein humari yaad aayegi and woh na aaeyenge palat kar breathed her last at 7.30 pm last evening at her residence.

Begum, 76 was admitted to a hospital on May 3 after she complained of weakness and stomach ache.

The singer was not keeping well for a number of years and was recently diagnosed with a small cavity in her heart. She was admitted to a hospital in Andheri.

The singer had worked with some of the most prominent directors in the country like SD Burman, Shankar Jaikishan and Khayyam and was most active in the 1950s and 60s.

She gave her voice for a number of films including big projects starring actors like Sunil Dutt, Nargis and Rajendra Kumar.

The legendary singer succumbed to the ill health she was suffering from the last number of years. She was also said to be suffering from certain financial crisis and was looking for financial aid for her treatment in the final few days.

Her final rituals will be taking place tomorrow at her residence. It is expected to be attended by well-known faces of the 50s and 60s.

May her soul forever rest in peace.