Farah Khan believes that Ananya Panday is too lovely to be Chunky Panday’s daughter!

The Bollywood actor Chunky Panday is a father of two pretty girls, Rysa and Ananya. And the latter is interested to enter in the Bollywood film industry. Ananya Panday has already created quite a buzz in the industry with her sizzling snaps that she keeps sharing via her social media handles. She has already caught attention of celebs like Karan Johar, Salman Khan and Farah Khan.

She had even been speculated of going to be launched by KJo and Salman. But nothing has been finalised yet.

It was very recently that her mom Bhavana Pandey shared her picture via her Instagram handle. And on the same came a comment from the Bollywood director-choreographer Farah Khan, which was hilarious.

Farah, who is usually at her witty best, commented on the picture saying, “Do a dna test pls.. shes too lovely to b chunkys child.” 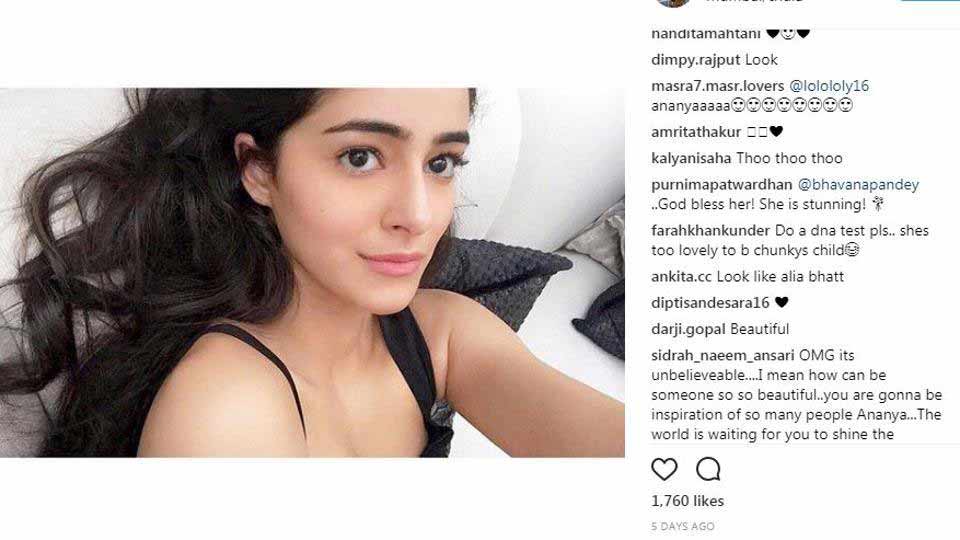 Well, we have seen Ananya and we must say that the young lady has an awesome fashion sense. And she is breaking the internet with her looks. She is very dear to her dad and very close her cousin Ahaan. Ananya is also a very good friend with Shah Rukh Khan’s daughter Suhana Khan and Sanjay Kapoor’s daughter Shanaya Kapoor. The pretty girl has been often seen partying with her buddies and attending events as well.

With all these filmmaker liking Ananya, there are chances of her entering the B-town soon. And we just can’t wait to see her on the big screen!