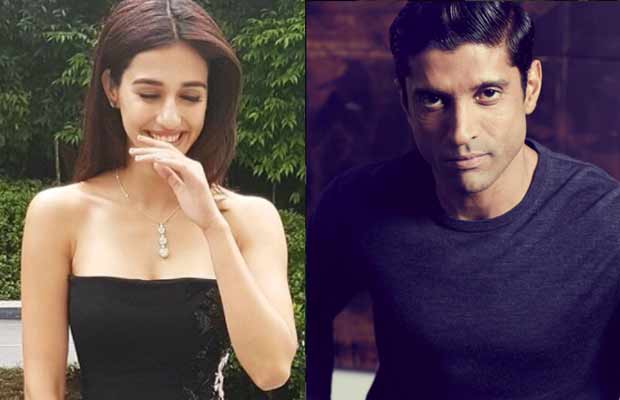 Before you guys think anything further, let us just make it crystal clear that there’s nothing brewing between Farhan Akhtar and Disha Patani. Neither are they going honeymooning. The duo is coming together for a film titled Honeymoon.

Farhan Akhtar is not just a multi-talented actor but he’s even the most charming man in the industry. His female fans just can’t stop drooling seeing him on the big screens. Ashutosh Gowariker has moved on to his next project after his last directorial ‘Mohenjo Daro’. According to reports, the film is a thriller about a newly-married couple and the makers plan on calling it Honeymoon.

Yes, Farhan Akhtar and Disha Patani have been brought in together for director Ashutosh Gowariker’s next. The source has given a brief idea to the leading daily with regards to the concept of the film.

The source was quoted saying as, “Ashutosh’s next film is a thriller about a newlywed couple. It’s a performance-driven film. The makers have zeroed in on a title already. They plan to call it ‘Honeymoon’. The film is slated to go on floors soon, sans the film’s leading lady, if need be.”

The problem is Disha Patani is quite excited about this project but at the same time she is not sure of signing it as she is waiting for the confirmation on Karan Johar’s film ‘Student of the Year 2’.

About it the source further said, “Disha has caught the fancy of several banners, but she is opting out of most big projects as she is waiting for Dharma’s ‘Student of the Year 2’, which she thinks will happen soon. She has definitely spoken to Ashu, but not signed the film yet.”

But if at all she signs ‘Honeymoon’, do you guys think Farhan Akhtar and Disha Patani will make a great onscreen pair? It would be interesting to see.

Celebrating 5m family ❤️ thank you for the love and support, hopefully I can keep entertaining you guys❤️ god bless all❤️ dancing with my partner @hvardhankhemka ???? choreography by the master @mattsteffanina ??wearing my coolest #puma @puma