The much-in-love, always hand in hand couple, shocked everyone with the news of their separation. The two have never spoken about the reason behind their break-up and always managed their separation in the most dignified manner with no mud-slinging involved at all.

In fact, even their legal advisors do not know of the real behind their separation. The two are going through unprecedented easy settlement meetings. Their daughters are their priority and they have proven that time and again.

There were rumours that Farhan’s closeness with his ‘Wazir’ co-star, Aditi Rao Hydari is the reason behind couple’s shaking marriage. After the news of their separation, Farhan’s name was also linked with his ‘Rock On 2’ co-star, Shradha Kapoor. But there is no official confirmation.

While there only buzzes and reports about Farhan moving on, seems like his estranged wife, Adhuna has moved on for sure. Recently on her birthday she posted a poem, in which she hinted that she is dating someone. In one of her lines she mentioned, “I just love that the father of my children is a good human being and that my new lover is a patient one…”

It is said that this ‘new lover’ of the hip hairstylist is none other than Bollywood actor Dino Morea’s brother, Nicole!! Reportedly, Adhuna has been spotted more than once with the Dino’s younger brother, Nicolo Morea. 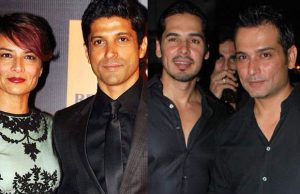 According to the reports, the two have been dating for a few months and have been going out and spending time as a couple. They arrived together at a Khar restaurant and looked much in love.

So, we don’t know about Farhan, but Adhuna has surely found someone special and moved on. 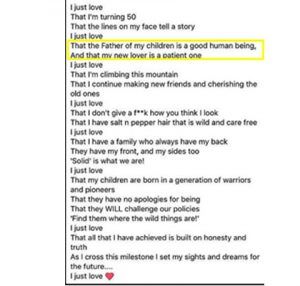