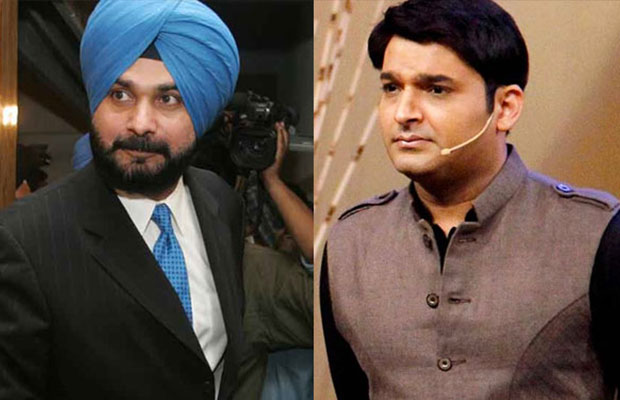 Kapil along with his few team members recently shot for the upcoming show. Bollywood star Sonakshi Sinha along with the team of her upcoming film Noor, was seen on the sets of the comedy show for the promotions of her film. Don’t know if things went all right for the comedian star but what caught our eyes was the empty chair of Navjot Singh Sidhu.

Reportedly, Sidhu did not shoot for the upcoming episode of ‘The Kapil Sharma Show’ for reasons best known to him. There are possibilities that Sidhu’s busy schedule is keeping him away from the show.

As per reports, that’s not the only reason behind his absence. It is also being said that the politician is upset with Sunil, Ali Asgar and Chandan’s absence from the show since a long time. Reports suggest that Sidhu is not enjoying the show without them and this might also be one of the reasons that is keeping him away from the show.

Seems due to the hectic schedule and due to the boring environment on the sets of the comedy show, Navjot Singh Sidhu is backing out and avoiding to visit Mumbai for the shoot. However, we are waiting to hear Sidhu’s side story.

As we reported earlier, Sidhu had stated that he does not want to leave his seat on The Kapil Sharma Show but there is tremendous party pressure for him to leave the show.

However, Sidhu thinks that if Kirron Kher can be an active parliamentarian and a TV host, then why he can’t be the same. He strictly said that he does not want to leave the show.  Not only Sidhu, even Kapil wants him to stay on the show. As Sidhu has a big responsibility now, he won’t be able to find the time.