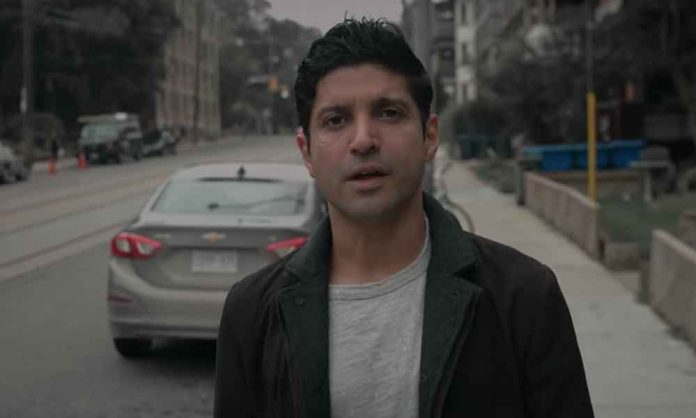 The music video shows the actor Farhan Akhtar at is creative best, and the picturesque destination is a bonus point that adds to the texture of the video. It revolves around long lost love. The video juxtaposes black and white narratives of past and present times, depicting happier times to the current misery. His husky voice adds to the poignant mood as he feels lonely in the desolate world.

Thanking for the love and appreciation recevied by the audience and fans, Farhan took to his social media handle expressing ” #JaaneYeKyunKiya crosses 10 million views .. thank you so much for the love and a reason to smile ..    ”

The actor collaborated with Indian composer, instrumentalist and lyricist, Rochak Kohli, who has produced the song.

On the work front, Farhan is gearing up for his upcoming film ‘The Sky Is Pink’. Shonali Bose’s film reunites him with his ‘Dil Dhadakne Do’ co-star Priyanka Chopra. He will also be presenting Ranveer Singh-Alia Bhatt starrer ‘Gully Boy’ next year.