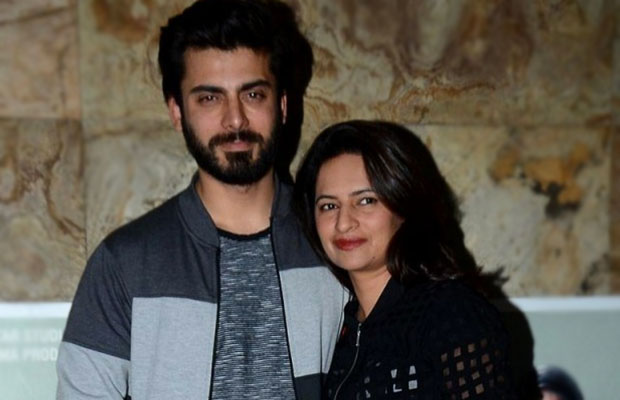 [tps_footer]Fawad Khan is one of the most celebrated stars in the new lot. The Pakistani actor since his debut has been the favorite of the masses. Fawad is known for his sharp looks and mind blowing acting skills. After his debut with the film ‘Khoobsurat’, the handsome hunk is loaded with back to back films. Even though Fawad has an envious female fan following he never refrains from flaunting his affection towards his wife Sadaf.

Recently during an interview, the Kapoor & Sons actor revealed something adorable. The actor stated as to how he is totally dependent on his wife when he goes for shopping!  Fawad confessed that he looks forward to his wife’s opinion when he goes for shopping. The dashing star stated “I can’t go shopping without her. I am a timid shopper, who goes into a shop and looks at what my wife’s reaction to things are.”

Well, the smart looking star also revealed about his childhood and confessed that he was labeled as burger bachcha. The term is used for kids who are from English medium in Pakistan. The actor confessed, “It is actually a very demeaning term. I had this very heavy American accent. Like a Yankee accent. Then I saw a Bollywood award show where some poor expat was talking to a very big Bollywood celebrity in this accent. But the celeb took the piss out of him because of his accent. That day I realized this can turn out to be terrible for me.”

On the film front, Fawad Khan is much in the headlines for starring in Karan Johar’s next opposite Katrina Kaif. The actor will also be seen in ‘Ae Dil Hai Mushkil’ for a brief role.