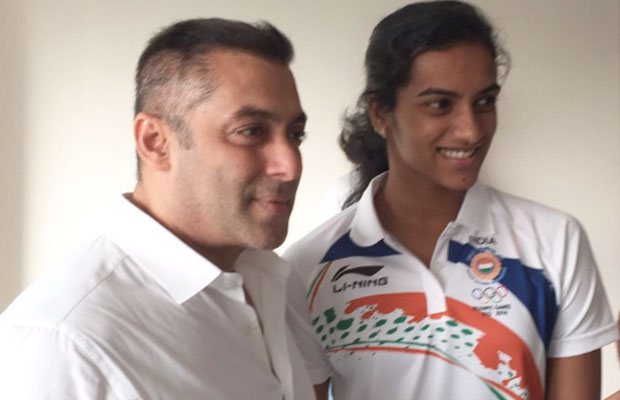 [tps_footer]Salman Khan is known for praising credible individuals. The actor who is loaded with back to back films is not unaware of the ongoing Rio Olympics. The superstar is surely keeping a tab on the matches it seems. The country was hooked to their television screens yesterday when PV Sindhu created history. The girl made India shine on the global map with her silver win.

PV Sindhu’s name is etched in the history of India as she is the first Indian woman to win the silver in Olympics in badminton. The Bajrangi Bhaijaan superstar is also very proud of this talented girl. Salman took to the  microblogging site Twitter and posted a picture of him with PV Sindhu captioning it, “Saw d finals on tv with my mom and told her I hv a picture with Sindhu . Proud .” 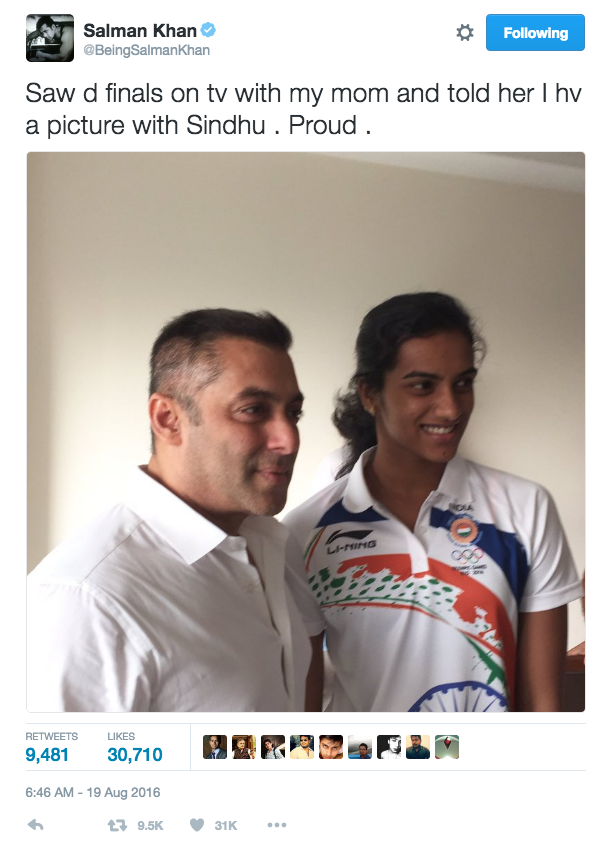 India is on a winning spree in this Olympics. Not only PV Sindhu but also Sakshi Malik and Dipa Karmakar made the country proud with their respective achievements. Salman is also the Goodwill Ambassador for the Indian Olympic Association.

Not to forget, the actor had to bear loads of criticism when he forgot the name of athlete Dipa Karmakar on a public platform.

On the film front, Salman Khan is currently busy with Kabir Khan’s ‘Tubelight’. The film will feature Chinese actress Zhu Zhu opposite Salman. The actor is also in the headlines for the sequel of ‘Kick’.[/tps_footer]