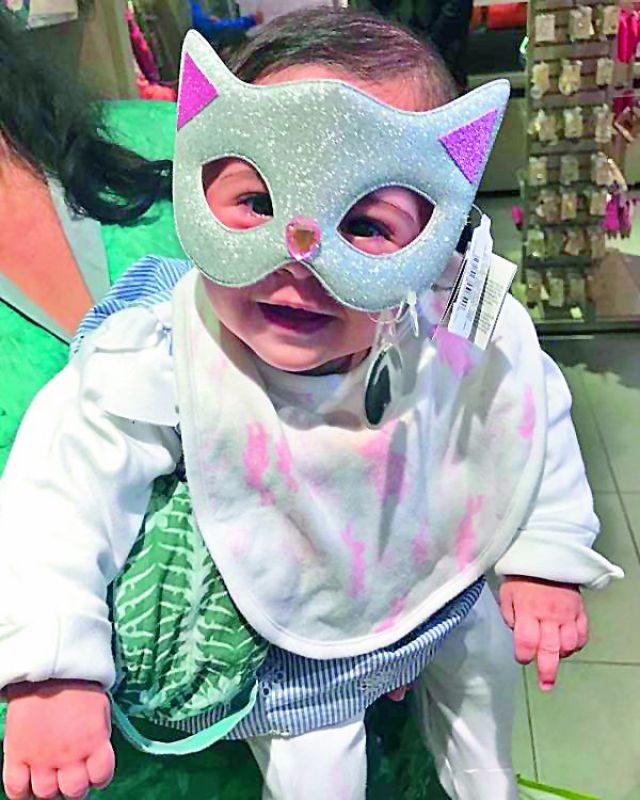 Pakistani Actor, Fawad Khan, shared a picture of his 5 months old baby girl. The actor who became famous after his tv series ‘Zindagi Gulzar Hai,’ telecasted in India, had his debut in the film ‘Khoobsurat’ with Sonam Kapoor in the year 2014.

Fawad Khan’s wife Sadaf, gave birth to a baby girl on October 1, last year. The girl was named Elayna, which means ‘shining light.’ The actor had also shared a candid shot with her daughter in January which was adored by everyone. That was from his son, Aayaan’s birthday celebrations. The one which Fawad Khan has recently shared has Elayna looking too cute with a cat mask covering her face.

Fawad Khan who was last seen in Karan Johar’s Ae Dil Hai Mushkil, is now all set to make his debut in Pakistani Film Industry with his movie ‘Albela Rahi.’ The handsome actor has also signed Sanjay Leela Bhansali’s ‘Gustakhiaan’ and is also going to romance Priyanka Chopra in ‘Mr. Chaalu.’