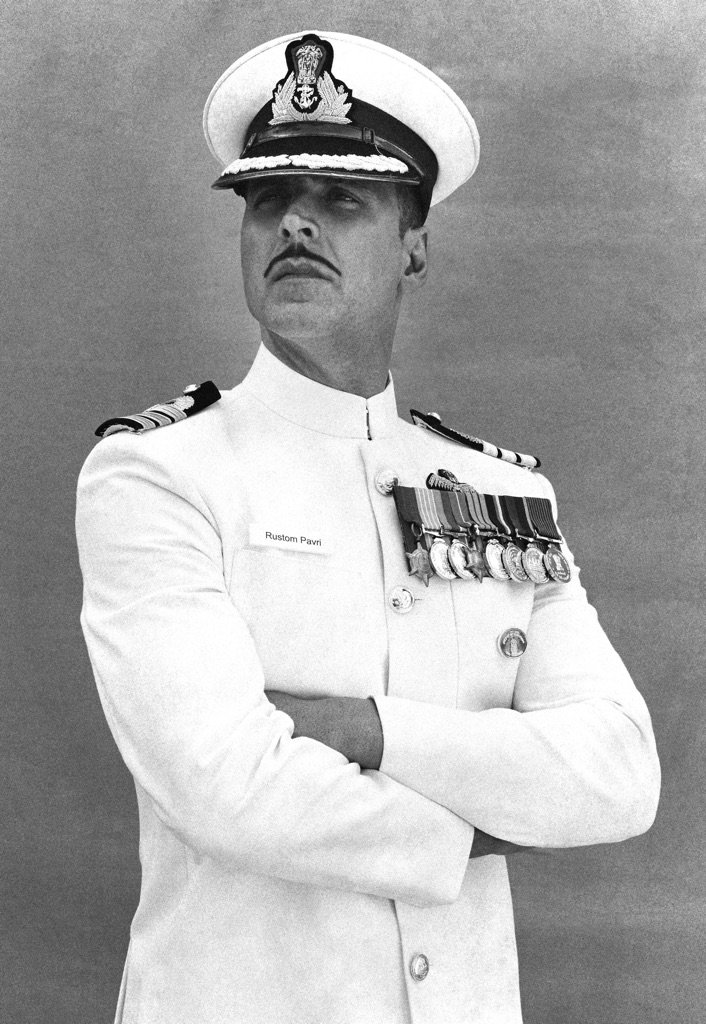 [tps_footer]Anybody who knows anything knows that women love men in uniform! The first look of Akshay Kumar in upcoming film “Rustom” has been unveiled and the actor looks impressive dressed up as a Navy officer. Looking very regal, we can’t help but think of the many women across the country who will be drooling and swooning over his look! In the photo, the “Airlift” star also dons a moustache. He is playing the role of a Parsi character by the name of Rustom Pavri.

Kumar is a fan of the Parsi community for their countless achievements as well as their incomparable contribution to the Indian society. The star who is riding high on the success of his latest hit and critically acclaimed ‘Airlift’, took to Twitter to share the movie’s first look with a caption that read: “Decorated officer.Devoted family man.Defending his honour.His name? RUSTOM. Know his story on 12 Aug #RustomFirstLook.”

This movie will also see Ileana D’Cruz and Esha Gupta on the big screen after a long time. Esha was last seen in flop flick “Humshakals” and Ileana appeared in “Happy Ending”, both of which were flops. This movie would e a great opportunity for both th divas to prove their acting prowess. Apart from ‘Rustom’, Kumar will be seen in Rajinikanth‘s “Robot 2” in a negative role. The recent buzz is that he has also signed “Holiday 2” and “Namastey England.”

The romantic thriller marks the directorial debut of Tinu Suresh Desai. The movie has been produced by Neeraj Pandey, who has earlier worked with Akshay in “Special 26” and “Baby“.[/tps_footer]