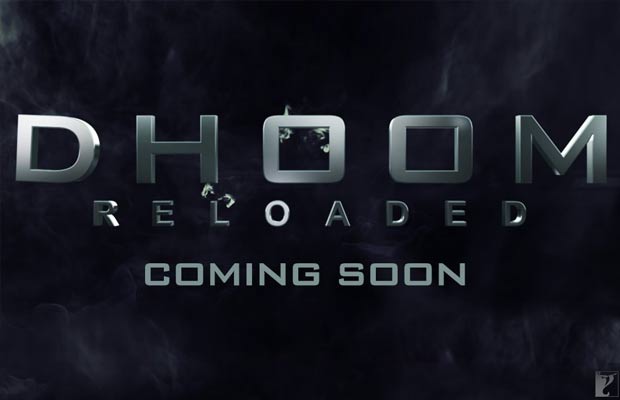 [tps_footer]’Dhoom’ franchise has always been the talk of the town whenever its announcement is made. After the three successful installments, the makers are ready to surprise with the fourth installment too.  Aamir Khan starrer film ‘Dhoom 3′ earned laurels at the box office, the film also triggered many rumors about the fourth part of the series, and however no announcement or declaration for the same was made then.

Seems, like the ‘Dhoom’ makers have now decided to give a green signal to the fourth installment too. The look of the film ‘Dhoom 4′ is already released by the Yash Raj Films. The fourth part of the action series is labeled as ‘Dhoom Reloaded’. The gigantic film making organization Yash Raj Films announced the same on the micro blogging site Twitter on their official twitter handle.

The Yash Raj Films posted, “It’s time for an adrenaline rush. Stay tuned! #DhoomReloaded”, with the logo of the title of the film. 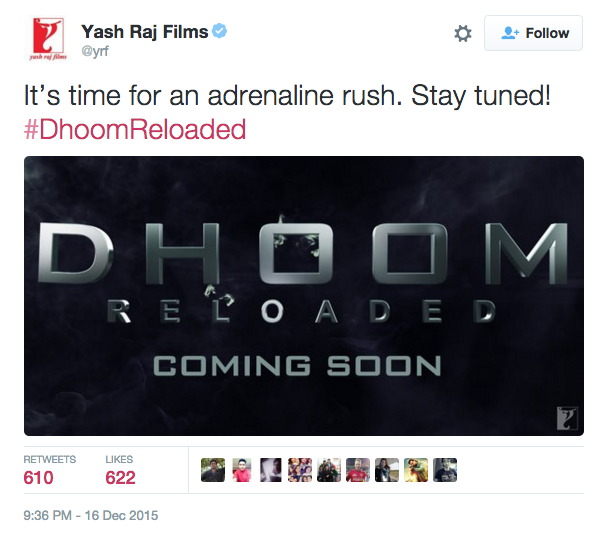 The YRF films also posted a mash up of the ‘Dhoom’ series hinting at the fourth part of the action series. The media hub posted, “The Dhoom Trinity. Dhoom Divas. Dhoomtastic action all packed in one! #DhoomReloaded http://bit.ly/1NUHNhb.”

The video shares the glimpse of the preceding series ‘Dhoom’, ‘Dhoom 2′ and ‘Dhoom 3′ and concludes by saying the chase continues. The stanza surely indicates that ‘Dhoom 4′ is in the making and will soon take shape.

Nothing much about the ‘Dhoom Reloaded’ project is out as of now. The movie is inevitably going to be filled with action and stunts. The curiosity levels are surely high about the star cast of the film. Now who gets the chance to bag the role in the popular ‘Dhoom’ series only time will tell, till then rejoice the fact that ‘Dhoom 4′ is on its way![/tps_footer]