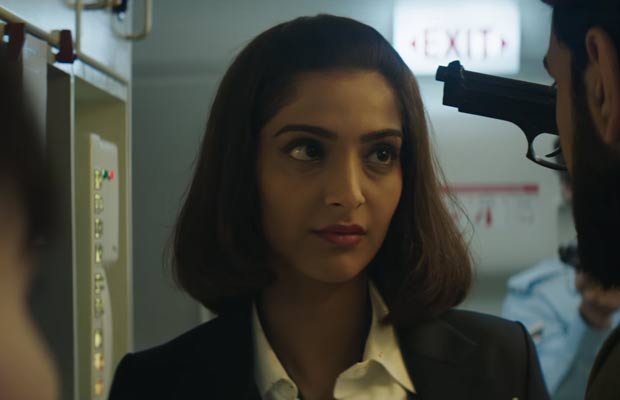 [tps_footer]Sonam Kapoor is raising her talent bar high with all her passing films. The actress who is labeled as the fashionista of the tinsel town has now proved that when it comes to acting no one can beat her league. After the success of the film ‘Prem Ratan Dhan Payo’, Sonam is undoubtedly on cloud nine, well seems like the starlet is all set to gain laurels with her upcoming biopic ‘Neerja’ too.

The trailer is mind triggering with the snapshots of Neerja’s way of life, the trailer initiates with reports of the hijack and proceeds to Sonam’s character of Neerja. Complimenting Sonam Kapoor is senior talent bundle Shabana Azmi.  Veteran star Shabana Azmi will be seen playing the role of Neerja’s mother. The trailer gives us a glimpse of the simple girl Neerja who is unaware of the drastic turn her life is going to take. The hijack scene is shown partly but is gripping by all means.

Directed by Ram Madhvani, ‘Neerja’ is scheduled to hit the screens on February 19th, 2016. The social media is already showering laurels for the trailer and the movie is highly awaited by the masses.