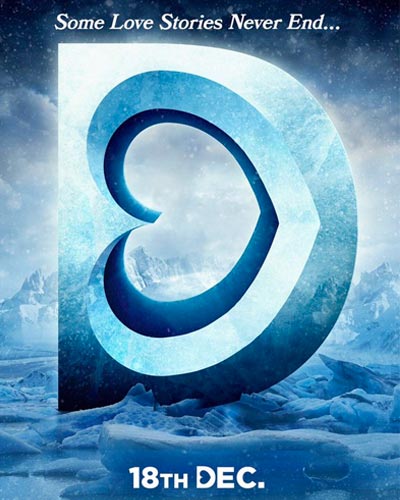 Shah Rukh Khan’s ‘Diwale’ is one of the most anticipated movie of the year. Bollywood’s iconic pair Shah Rukh Khan and Kajol are all set to return on screen with Rohit Shetty’s ‘Dilwale’. The pair is returning after their 2010 release, ‘My Name Is Khan’. Directed by Rohit Shetty, ‘Diwale’ also stars Kriti Sanon and Varun Dhawan in parallel lead roles.

The first sneak peek poster of ‘Dilwale’ was unveiled by Varun Dhawan himself. Wait!! This looks like Winter is coming filled with romance. The quote of the movie says “Some Love Stories Never End”. 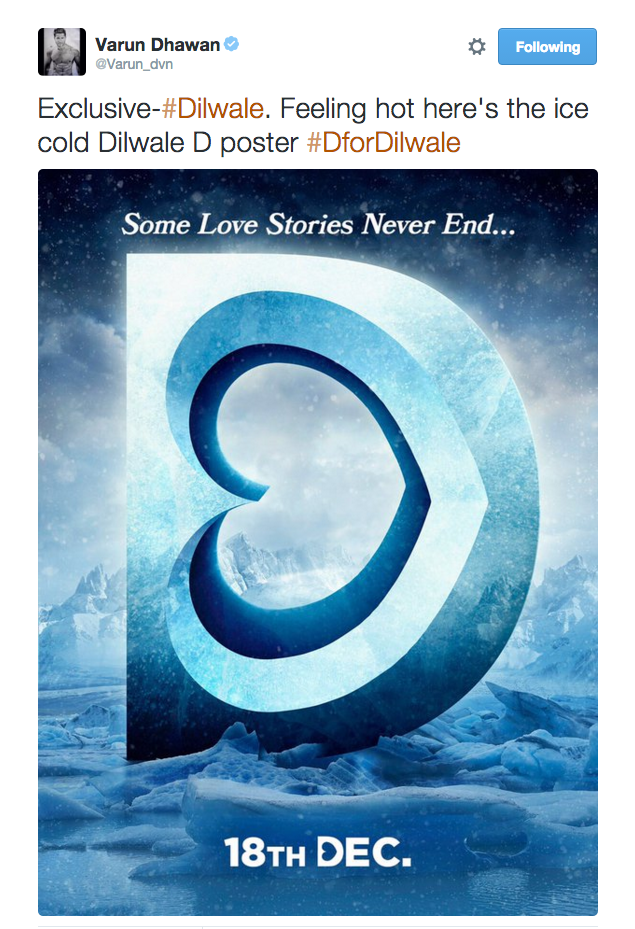 The cast is still filming their last scenes in Goa. The final schedule of the movie ends in this week. As seen in making of the climax, it looks like we are in for some great romance, wedding and more action. Shah Rukh Khan gave a huge hit with Rohit Shetty’s ‘Chennai Express’. Same is expected from ‘Dilwale’. The trailer of the movie will be attached to Salman Khan’s ‘Prem Ratan Dhan Payo’ that releases on November 12, 2015. ‘Dilwale’ will be an action drama family entertainer. It is set to release on December 18, 2015.

We can’t wait to see the cast poster and trailer. What do you think of the poster?

Stay tuned to Business Of Cinema for more Bollywood updates.