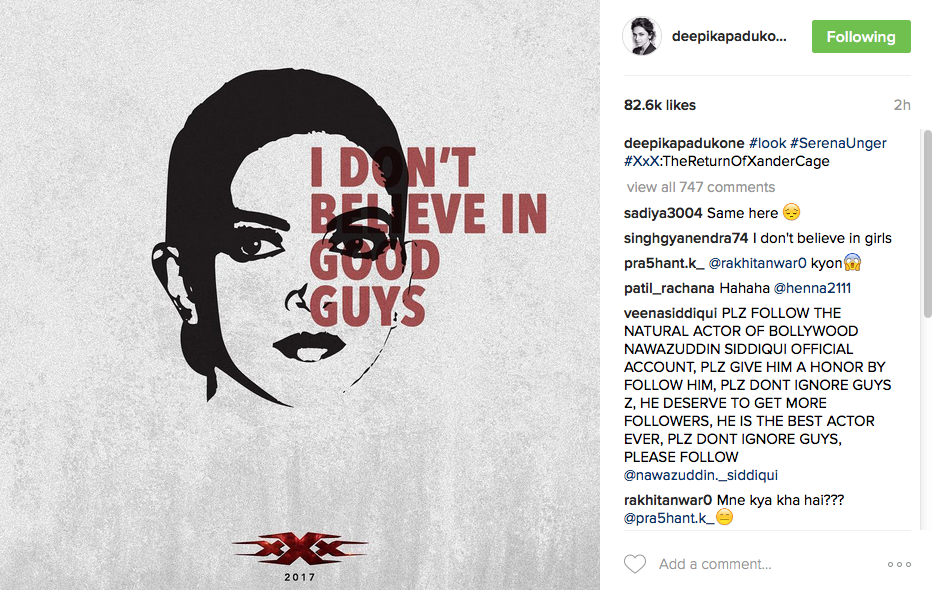 However, all the uploads were just not proving to be enough and we couldn’t stop anticipating about the official look of the film.

However, the wait is finally over!

The poster of Dippy’s character in her Hollywood debut is finally out and we simply can’t take our eyes off it!

The poster, uploaded by Deepika on Instagram, is quite worth the wait and the gorgeous girl looks nothing but mesmerising in it.

Well, now if this doesn’t excite you for the movie then we don’t know what will!

Now this makes us even more excited to see what Vin Diesel’s poster looks like.