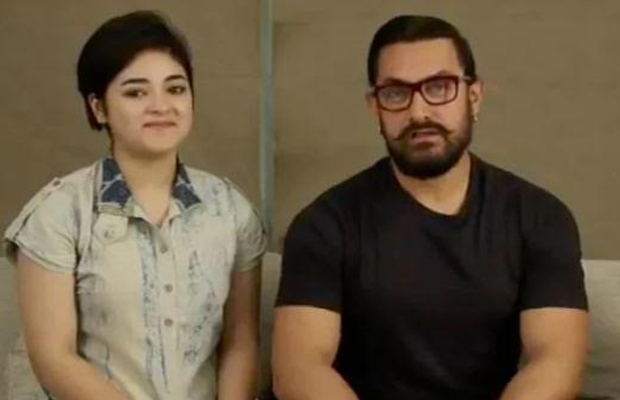 Aamir Khan starrer Dangal which stars the fifteen-year-old debutant Zaira Wasim as younger Geeta Phogat, will also be seen in Aamir‘s next production which is helmed by debutant director Advait Chandan.

Zaira Wasim who just appeared for her 10th standard board examinations is very excited to see herself on the big screen. A source says, ” This is the first time that Aamir has cast an actor in two back-to-back films,”

Apparently Zaira besides being a good actor she also has a good voice and sings well which will work in her favour.

Few know that Mukesh Chhabra, auditioned over 5,000 girls for the character of a younger Geeta.

A source said, “He was aware that Zaira is a strong actor. So, when Aamir was looking for a girl to play the part, Mukesh suggested that Aamir get her to audition.

Aamir Khan who is known for his finness and specifics was very impressed with Zaira’s performance at the auditions, And had a clear mind that she will be the perfect fit for the part.

With Secret Superstar Aamir Khan will be launching Advait as well, who has worked as an intern with him for nine years. He worked as an assistant to Kiran Rao on her directorial venture, Dhobi Ghat (2011).

At present audiences seem to be waiting eagerly for Dangal to release tomorrow. 23rd December 2016.