[tps_footer]Bollywood’s real hero Tiger Shroff has taken over Bollywood with his killer dance moves, real action, charming screen presence and he has proved to be our Jaggu Dada’s son, the same passion for movies and addiction for success. Tiger Shroff has recently hit another jackpot at the box office after Heropanti with his second release Baaghi opposite Shraddha Kapoor and now he is gearing up for playing the superhero in Flying Jatt starring Jacqueline Fernandez and Nathan Jones. This upcoming flick is all set to release on August 25 and it will be directed by Remo D’Souza and it’s reported that Shraddha Kapoor will give a special appearance in this flick and yes, the plot of this movie and especially Shraddha‘s role is kept undercover to maintain the curiosity so if you are missing the Baaghi pair, get ready to watch them again in Flying Jatt soon.

And, right now we are more curious to talk about Tiger Shroff and his alleged ex-flame Disha Patani, it was reported that Tiger and Disha parted their ways and although they tried but their relationship didn’t work out, Tiger went on the records to say that he’s not the kind of a guy for which anyone will fall for, Really? Well, we feel Tiger is very desirable and Disha looks gorgeous, together they will rock and we guess they have understood this because recently Tiger Shroff was spotted leaving Disha Patani at the airport and he took another flight half an hour later because they didn’t want to get snapped together while traveling but they were heading for the same destination, Paris. Yes, this young alleged love birds are trying to rekindle their relationship and are also shooting for a single in Paris. We just wish to see them happy together and leave all their worries behind of getting snapped together and getting into controversies and much more, people will say what they want to but we should be strong enough to do what we really want to, what say? 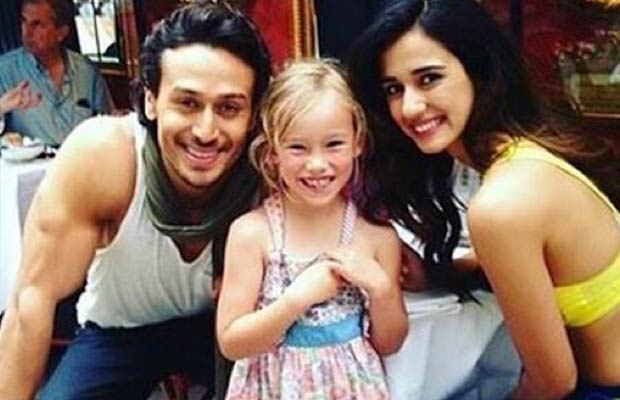