It was reported that the makers of Johan Abraham and Sonakshi Sinha starrer Force 2, Viacom 18 have filed a complaint with the Cyber Cell department of Mumbai police claiming that K Sera Sera Digital Cinema Ltd (KSS) has infringed Viacom18‘s copyright in the film along with other offences committed under Information Technology Act, Copyright Act and Indian Penal Code.. 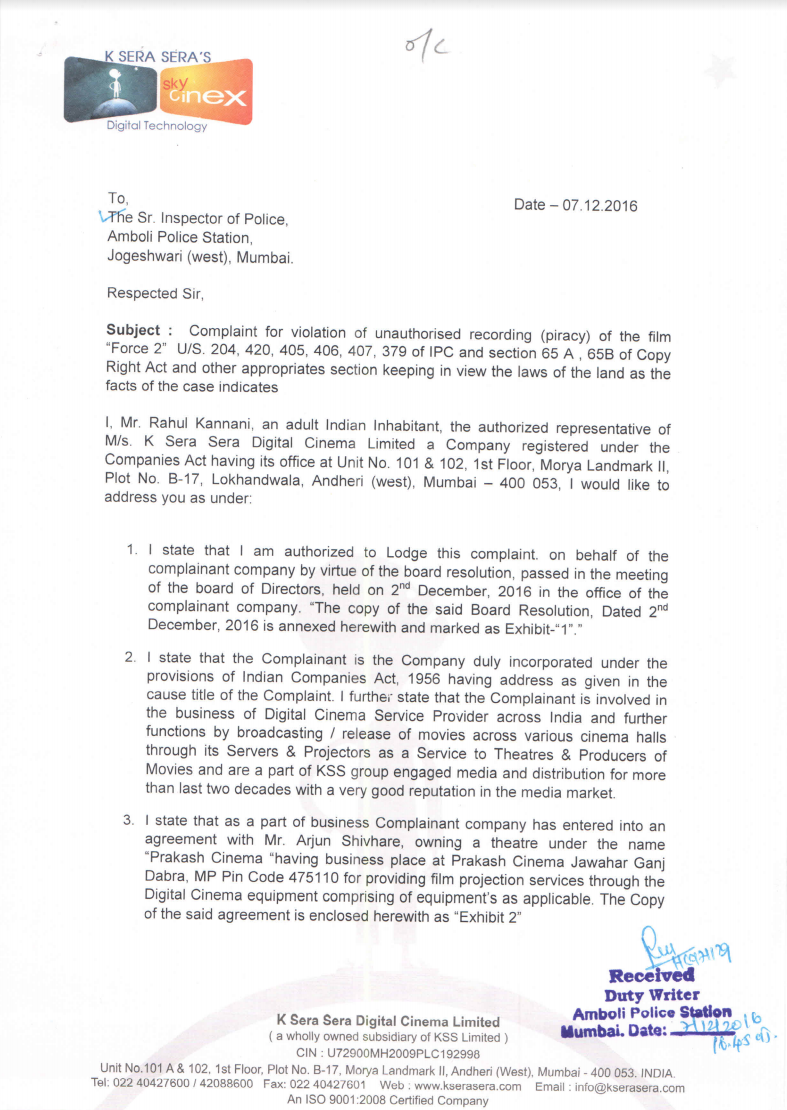 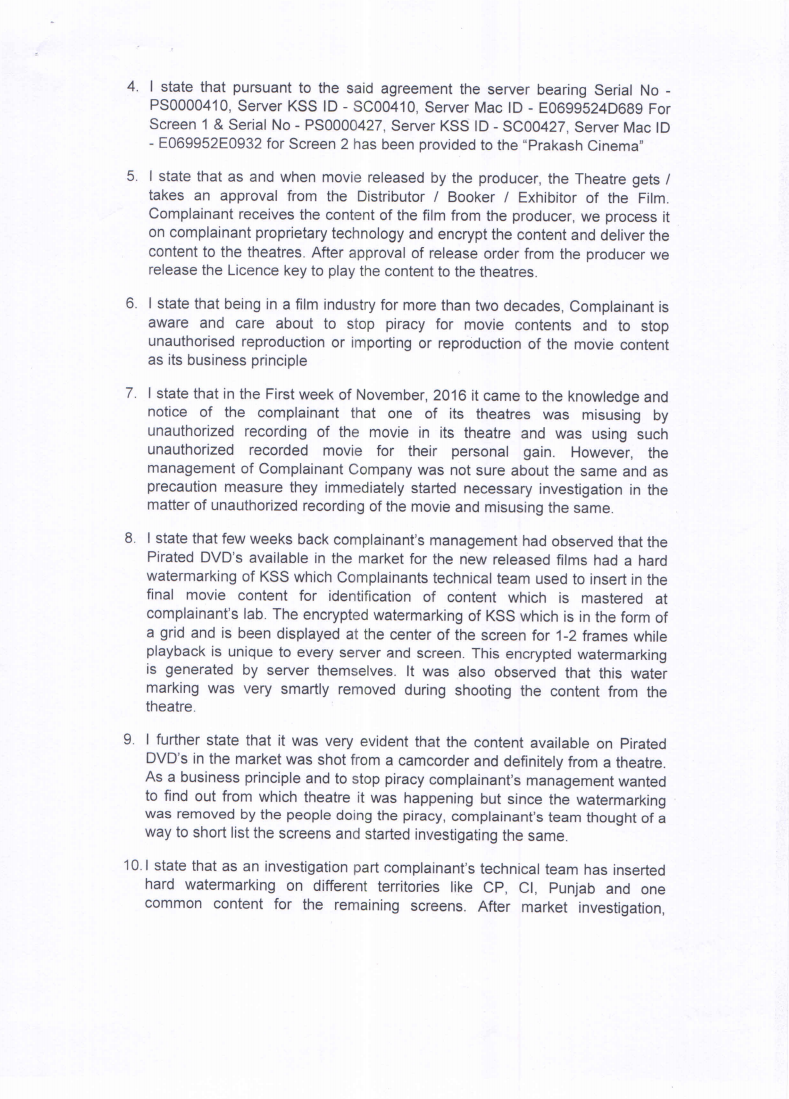 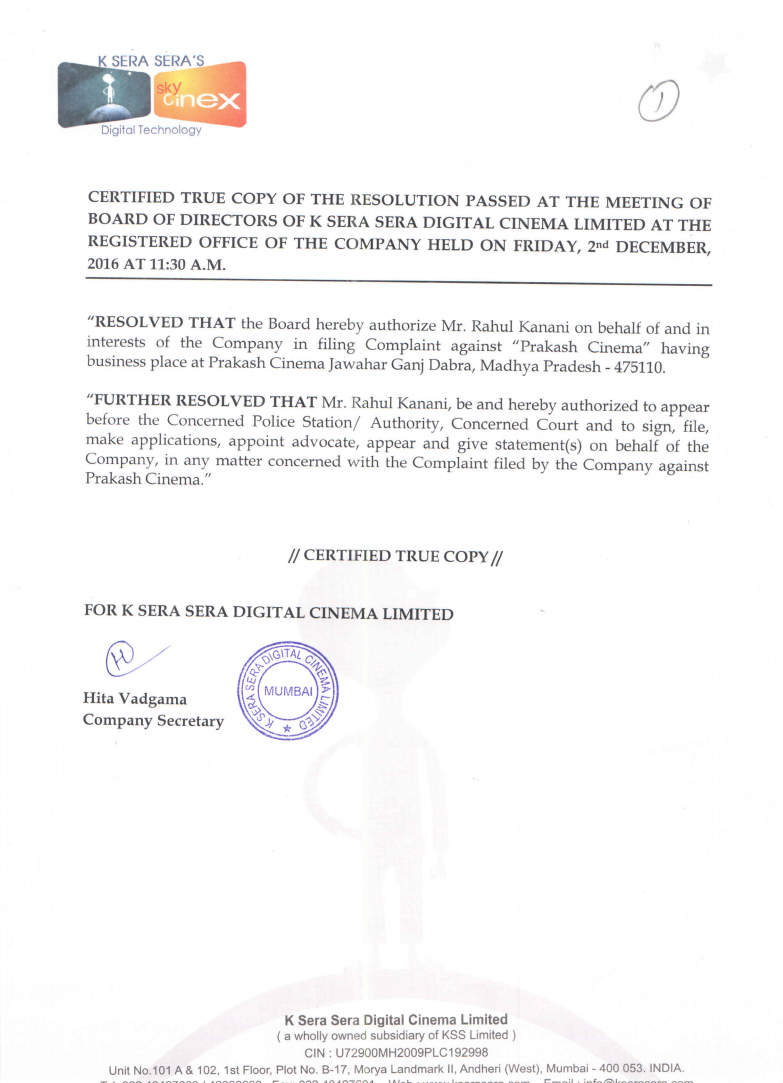 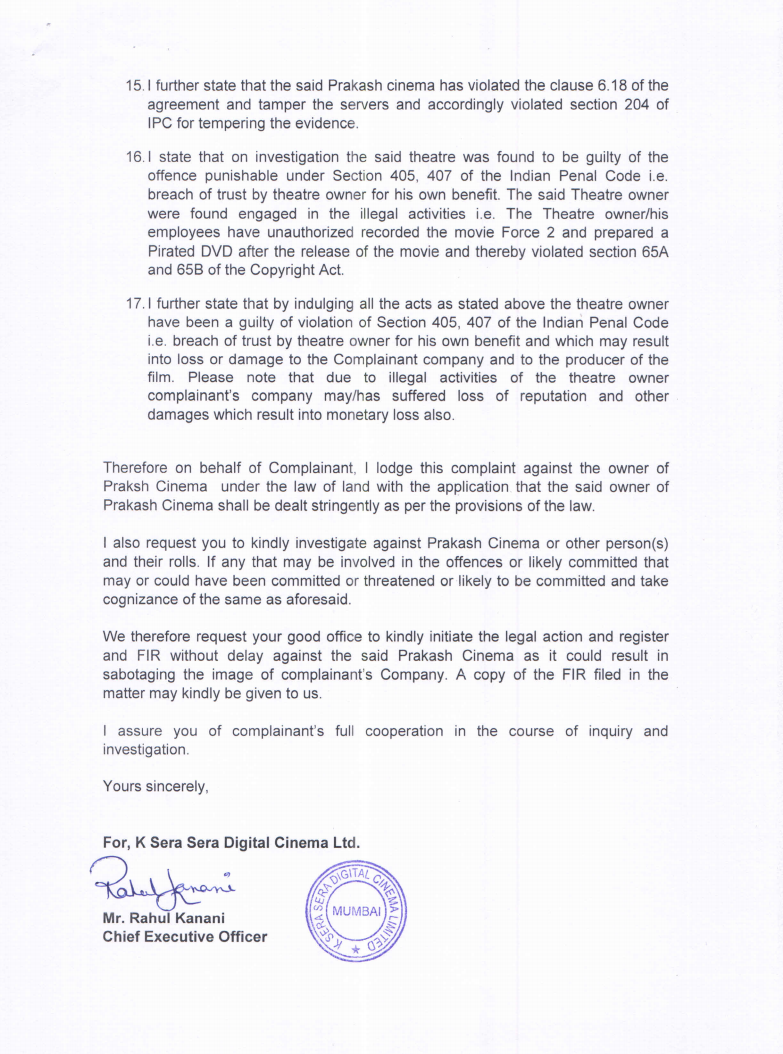 Today, in an official statement issued by KSS they have denied receiving any intimation from neither Viacom 18 nor from the Cyber Cell. They have in turn, blamed a Prakash Cinema in Madhya Pradesh for the leak of the film. In the statement issued they have mentioned that, “On 18th November 2016, as a part of our audit process, we purchased pirated DVDs of Force 2 from the market. All the movies distributed by us contain an additional watermark which helps us in our audit process. We inspected these DVDs for our hard-coded watermark and found one of our watermarks on a DVD, linking to Prakash Cinema in Dabra, Madhya Pradesh. The piracy seemed to be on account of a camcorder in the cinema hall.”

KSS has informed Viacom of their discovery as well. They have further terminated their contract with Prakash Cinema and decided to take strict action against them. In fact, they have already registered a complaint with Amboli Police Station which is dated December 7, 2016. We are in possession of the statement issued and the copy of the complaint letter along with all its annexures.

Force 2 was released on November 18 last year and the pirated print of the film was also available on the internet on the same day. Due to this the makers of the film faced substantial financial loss at the box-office.