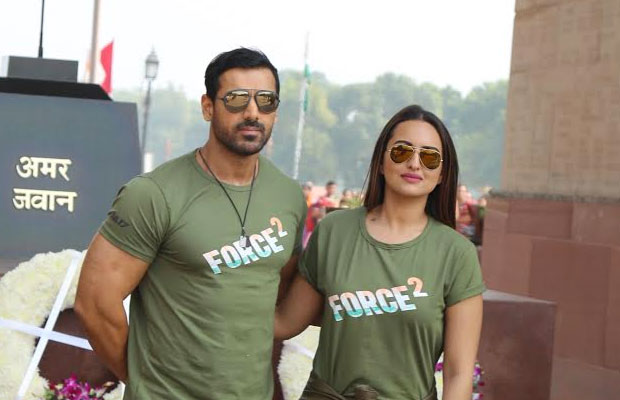 The Force 2 team visited Amar Jawan Jyoti at India Gate to pay their respects to the heroes of our country. 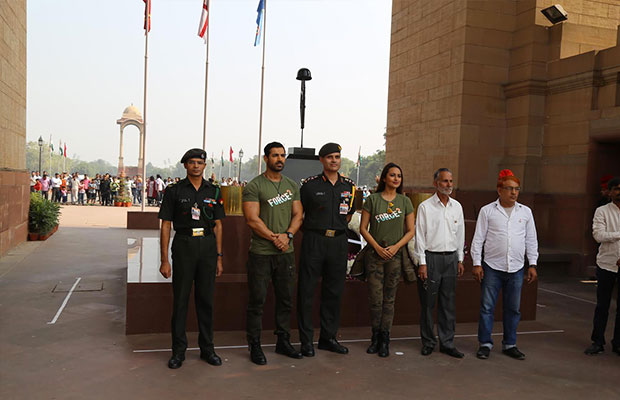 Force 2, with its intriguing storyline and captivating performances has been wowing audiences ever since the launch of its trailer. The film talks about defending those who defend us and the makers of Force 2 have thereby also dedicated the trailer to all the heroes who have sacrificed their lives for the nation. 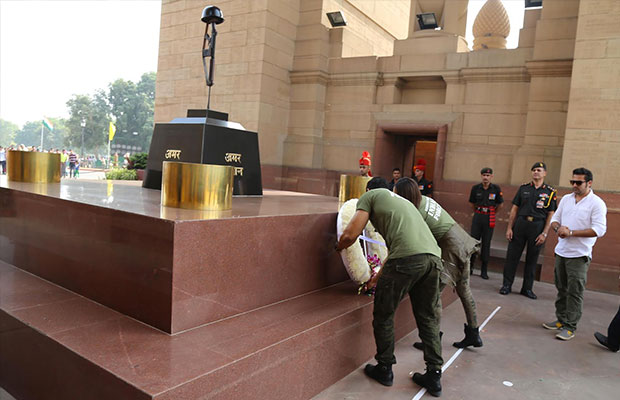 The occasion was also graced by luminaries such as Mr. Vinod Sawhney (President of Ex Sleuths) and Mr. Swaranlal Shivram ( General Secretary of Ex Sleuths Organization) who accompanied John and Sonakshi at Amar Jawan Jyoti and supported their cause.

John Abraham shared,”There are many true incidents in India. Force 2 is a combination of many stories together, its a very credible film, a real film. it’s a very big film so we had already decided one and a half year ago while conceptualizing the film that we’ll definitely come here, Amar Jawan Jyoti and pay respect to them. The soldiers are our real life heroes, we met Major D P Singh, we saw bullet wounds from the Kargil war, his right leg was removed so he was wearing an artificial one. We have our respective Vinod Sawhney sir and Swaranlaal Shivram, he was also in Pakistan for 14 and a half years as prisoners of war and even Sawhney sir was in Pakistan for 11 years, so we feel good to come here.”