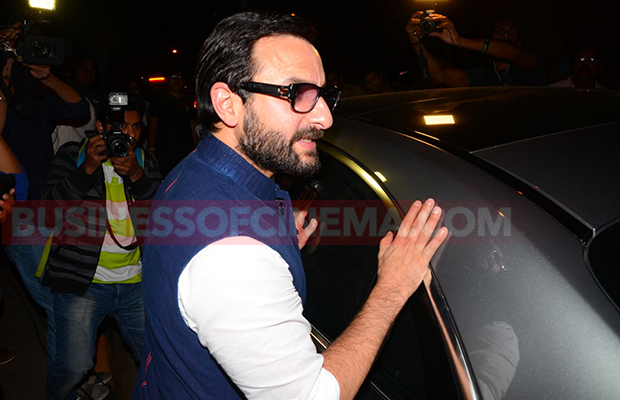 Bollywood stars often fall in trouble unknowingly due to some fraudsters and their photos being misused on social media is not something. A similar case suggests that a photo of Saif Ali Khan has been misused on a dating app Tinder. The fakester named Antony Ray used Saif Ali Khan’s picture as his display image to connect with a 44-year old woman in the UK.

According to a report in Daily Mail, Antony Ray used the picture of Bollywood star Saif Ali Khan on his Tinder account, who looks similar to him as it allowed him to continue lying to his family without the risk of being caught out. After 14 months of virtual dating, the UK woman hired a private investigator only to find that Antony was a married man with children.

The nightmare began in August 2015 after the pair matched each other on Tinder. As reported, the fraudster called the woman ‘my wife, my love, my soul’, as well as ‘marry me I want you,’ and ‘I love you so so much my darling wife’ in the messages they exchanged.

The UK woman had fallen in trauma after finding the truth and also had to go through counseling for the same. Horrible it is!